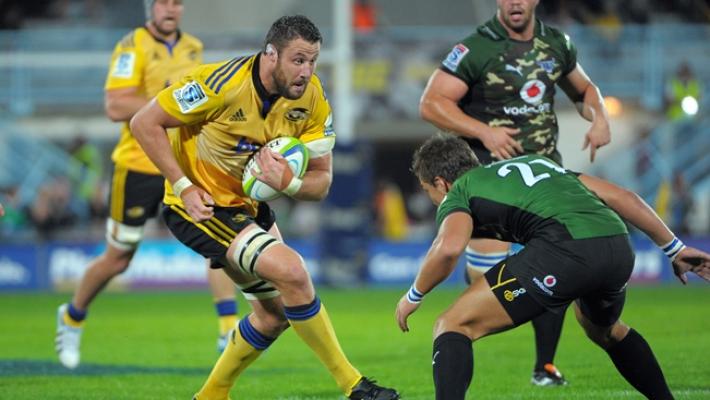 Plenty for Thrush to achieve before departure

He may be off to Gloucester next season, but Jeremy Thrush has plenty to focus on in New Zealand before he packs his bags.

The 29-year-old lock announced his departure to the Aviva Premiership side this week, but said he would remain focused on what he wants to achieve with both the Hurricanes and All Blacks this year.

For the Hurricanes, his goal is simple.

"It's to win it - that'll be the best way to go out and I don't think there's anyone in our squad at th emoment who thinks differently. That's probably the same across all teams, but I feel we've got the squad there and a great group to really push to go all the way.

"Every time you put your head down and go back to work in the preseason, that goal's always in the back of your mind - to be in the final, to raise that trophy at the end. There's obviously a lot of rugby to be played, but if we can do that, that'd be pretty special."

Gaining a Super Rugby title on his way out of New Zealand would be a great way to end his time with the Hurricanes, he said.

"It will be tough to leave this all behind, but I feel the time's right for me to go at the end of the year. This is what I felt sat right with me, and what pushed the right buttons to get over there and give myself another challenge."

The traditional values of Gloucester is what attracted Thrush to the side, along with the fact it's a team that is rebuilding for the future.

"They're looking to go forward. They want to contest for titles, and obviously it might not happen straight away, but that's something that excited me and I look forward to being part of achieving those goals they've set," he said.