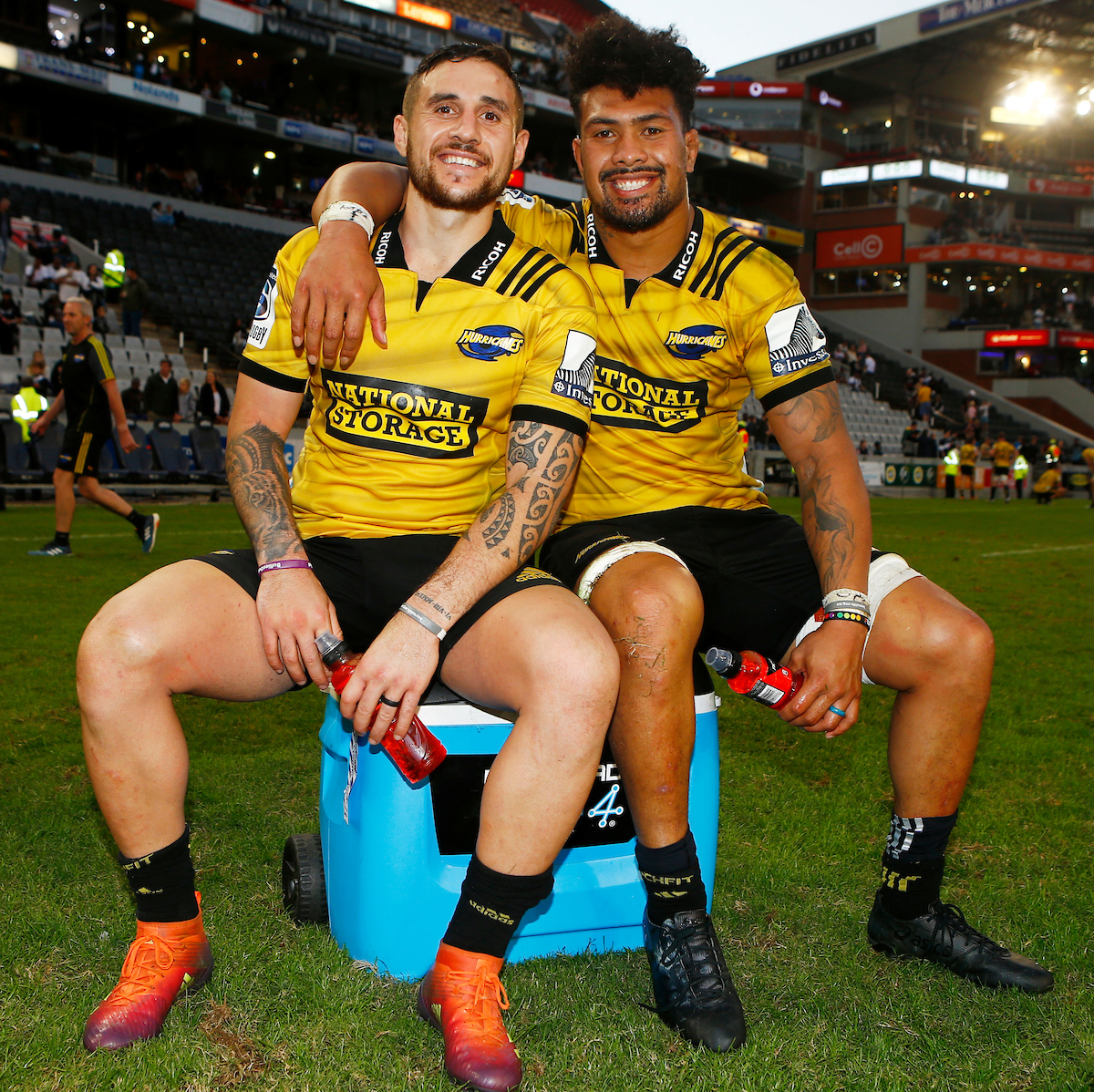 Perenara and Savea joint winners of Hurricanes Player of the Year

TJ Perenara and Ardie Savea have been named joint winners of the Hurricanes Player of the Year award.

The pair picked up the prestigious award at the 2019 Hurricanes Awards Night at the Harbourside Function Centre on Tuesday night.

Perenara, 27, had another outstanding year which culminated with him becoming the most capped Hurricanes player as he overtook Ma'a Nonu and Conrad Smith.

The halfback continues to close in on Christian Cullen's try scoring record for the Hurricanes (56) as he scored his 54th against the Crusaders during the weekend's Investec Super Rugby semi-final in Christchurch.

Savea, 25, carried on the sensational form he showed for the All Blacks on their end-of-year tour throughout the 2019 Super Rugby season when he was widely regarded as the most consistent and outstanding performer across all teams.

The versatile loose forward is now just nine appearances away from becoming a Hurricanes centurion, a mark he should reach next season after further committing to playing in New Zealand.

Loose forward Reed Prinsep was also a finalist after a season that saw him step into the role former captain Brad Shields played as he also demonstrated outstanding consistency and work ethic, on and off the field.

Savea was the winner of the Hurricanes Best & Fairest Award Award. The awards are judged on consistency with players awarded three, two or one point by team-mates after every match.

Savea also claimed the Hurricanes Members' Player of the Year award which was voted on by club members in the post season. TJ Perenara and Ngani Laumpae placed second and third in the voting respectively.

Club captain Dane Coles was honoured with the Team Man of the Year from fellow finalists James Marshall and Sam Henwood.

Coles, who extended his contract with the Hurricanes for a further two seasons earlier this year, again displayed outstanding leadership and drive throughout 2019, especially when he was sidelined for a sustained period through injury.

He returned near the back end of the season and was back to his best form, especially in the semi-final against the Crusaders.

Lock James Blackwell was named Most Improved Player of the Year. The 24-year-old was an ultra reliable figure in the second row as he took his game to another level.

Other finalists were fellow lock Isaia Walker-Leawere and Peter Umaga-Jensen.

The Hurricanes Rookie of the Year Award was presented to utility back Chase Tiatia who made 11 appearances in 2019. Tiatia excelled on the wing and at fullback after coming into the squad as injury cover. Other finalists in the category were flanker Du'Plessis Kirifi and lock Liam Mitchell.

The Hunters Award, given to the Hurricanes player who did not see a lot of game time but always turned up with the right attitude and helped challenge and support the players with their match-day preparations, went to Peter Umaga-Jensen.

He was one of three finalists along with Sam Henwood and Heiden Bedwell-Curtis.

There was also tributes to departing players Jeff To'omaga-Allen, Nehe Milner-Skudder, Matt Proctor, Richard Judd, Finlay Christie and Sam Lousi for their contribution and dedication to the club.