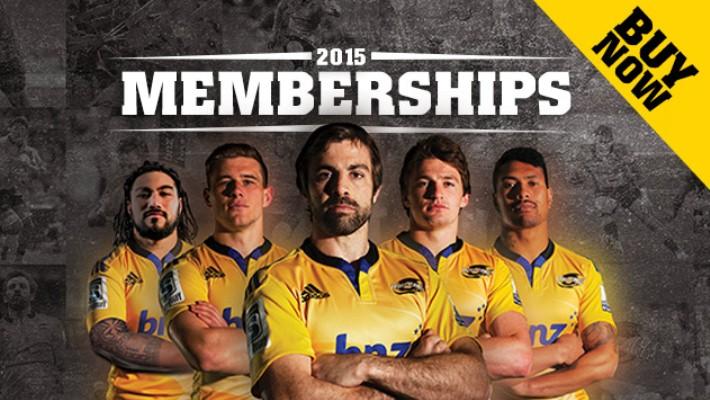 With just under three months until the first Hurricanes' preseason match against the Crusaders in Eketahuna, Wellington Rugby have for the first time introduced Hurricanes only memberships.

While an option to purchase a combined Lions and Hurricanes membership is still available, adult fans can head to all six Westpac Stadium home matches from just $150, while those aged 4-16 years can grab the deal for just $69.

If six games is too much rugby to handle, a Try Pack will get you into the Hurricanes v Crusaders match on May 2, along with two other Wellington games of your choice.

The Hurricanes are still to confirm the location of two regional matches, and in another first, will offer a regional membership package that includes one Wellington-based game and a regional match of your choice. This offer will be on sale early next year, while a Lions only membership will be available closer to ITM Cup kick-off.

Hurricanes chief executive James Te Puni said 2015 was shaping up to be an exciting year for the Canes, and the union was pleased to be able to offer new membership opportunities to fans.

"We've put together some great options based on what the fans have been saying. We know we've got a phenomenal team who will be exciting to watch, and we want our fans at the stadium, backing the boys, as they look for Super Rugby glory."

As well as tickets, members will be treated to quality prize draws, exclusive member events, and Hurricanes apparel.

Memberships can be purchased at Ticketek.

Adults and juniors both $49