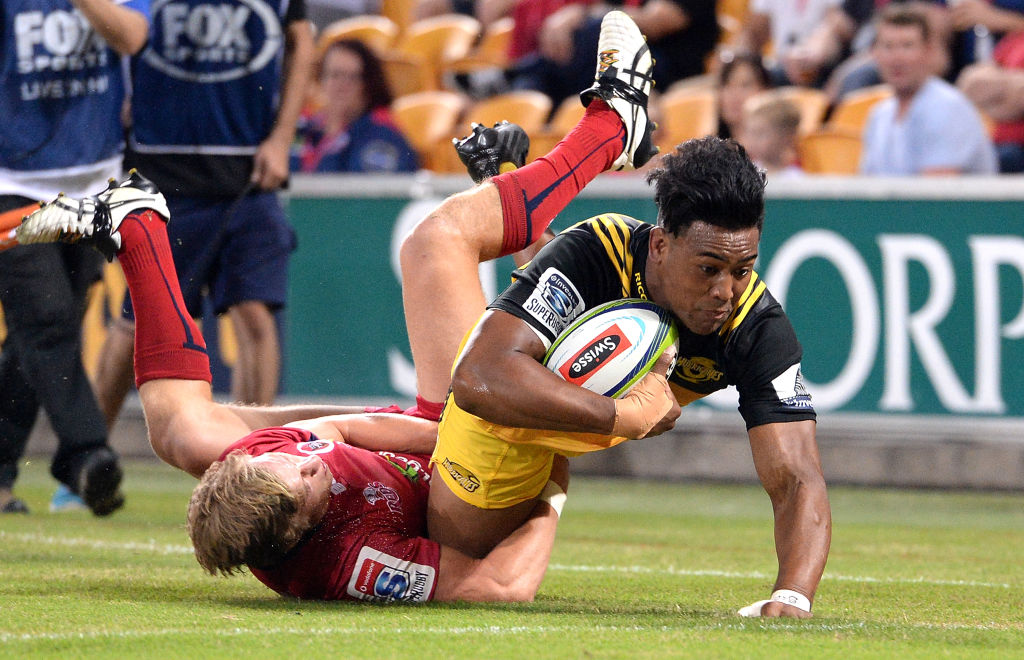 Julian Savea confirmed this evening that he will be leaving New Zealand at the end of the 2018 Investec Super Rugby season to join French Top 14 club Toulon.

New Zealand Rugby, Hurricanes and Wellington Rugby have collectively praised Savea for his massive contribution to rugby in New Zealand.

Savea played 54 tests for the All Blacks, scoring 46 tries, second only to Doug Howlett on the all-time try-scoring records for New Zealand.

New Zealand Rugby Chief Executive Steve Tew said Savea had won fans all over the world with his speed and size making him a powerful attacking weapon for any side he represented.

“Julian goes with our blessing and we know that French rugby fans will quickly embrace him as their own.  We thank Julian for his contribution to rugby in New Zealand and we wish him and his family well for their move to Toulon.”

All Blacks Head Coach Steve Hansen said: “Jules can be incredibly proud of everything he has achieved in the black jersey. He is a devastating ball runner who inspired others with his physicality and try-scoring prowess. On behalf of all the All Blacks, we want to wish Julian and his family all the very best and thank him for everything he has done for the All Blacks.”

The 27-year-old championship winning Hurricanes wing, has played more than 120 matches for the Hurricanes since making his debut for the Super Rugby Club in 2011, a year after he made his first start for Wellington.  His performance saw him selected into the All Blacks the following year.

Hurricanes CEO Avan Lee said Savea would be truly missed, not only throughout the Hurricanes region but across the country.

"Julian has contributed an incredible amount, not only for our club, but New Zealand rugby as a whole," he said.

"We wish him and his family all the very best for the future and the next stage of his career and hope he makes the sort of impact in France that he has made for the Hurricanes."

Hurricanes head coach Chris Boyd said Savea and his family would leave the club with its 100 per cent blessing now they had decided it was the right time to go.

"For me, Julian has been one of those guys who has been a one club, one province man who has always given everything he has for Ories, Wellington, the Hurricanes and New Zealand rugby.

"He has always put his heart and soul into it and we respect that greatly."

Wellington Rugby Football Union CEO Steve Rogers was also quick to recognise Savea's contribution to the sport in the capital and wish him the best for the future.

"Julian has always done what he can to help Wellington and has been an important leader both on and off the field for the only province he has ever represented,” he said.

"While the opportunity to pull on a Lions jersey was limited during his long All Blacks career, he always wanted to play and be part of our campaigns when he could. I'm sure Toulon will benefit greatly by having him in their club.

"We know Julian was really looking forward to being part of the Lions in 2018 but we fully understand the opportunity that has presented itself in France so we wish him all the best."