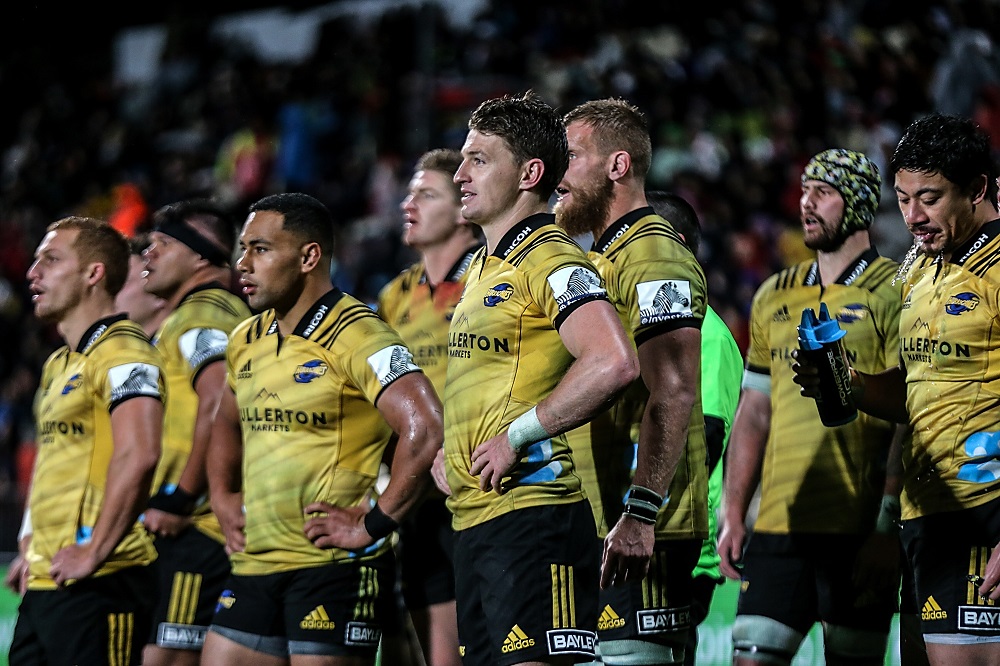 The Hurricanes 10-match winning streak has been ended by the Investec Super Rugby champion Crusaders who prevailed 24-13 at Christchurch’s AMI Stadium on Friday night.

With heavy rain and a howling wind lashing the ground, it was the Crusaders who adapted best to the conditions as they denied the Hurricanes possession in parts of the ground where they could attack.

Overall it was a dominant performance from the Crusaders pack who were able to control vital stages of the match, especially after halftime as they suffocated the Hurricanes and forced them into costly mistakes.

The first half was relatively even, the home side going into the break 7-6 up after Scott Barrett crossed for the only try of the opening 40 minutes.

There were few highlights for the Hurricanes in the first half, with one bright note an impressive 50m penalty from Jordie Barrett.

The second half was largely a period of frustration for the Hurricanes as they spent a lot of time defending inside their own half.

Discipline also became an issue for the Hurricanes at times as several penalties cost them territory and forced them into more periods when they simply did not have the ball.

They also struggled to bring some of their more potent attacking players into the game and went to the bench relatively early in the second half.

The changes did not have the overall desired impact the coaches would have wanted, although loose forward Reed Prinsep scored a good try after the Hurricanes had conceded two through Mike Alaalatoa and Heiden Bedwell-Curtis.

Prinsep’s try did prevent the Crusaders from getting a bonus point which might prove crucial in the make-up of the final table.

However, the Hurricanes first have to regroup and prepare next week for another tough local derby when they travel to Dunedin to face the Highlanders.