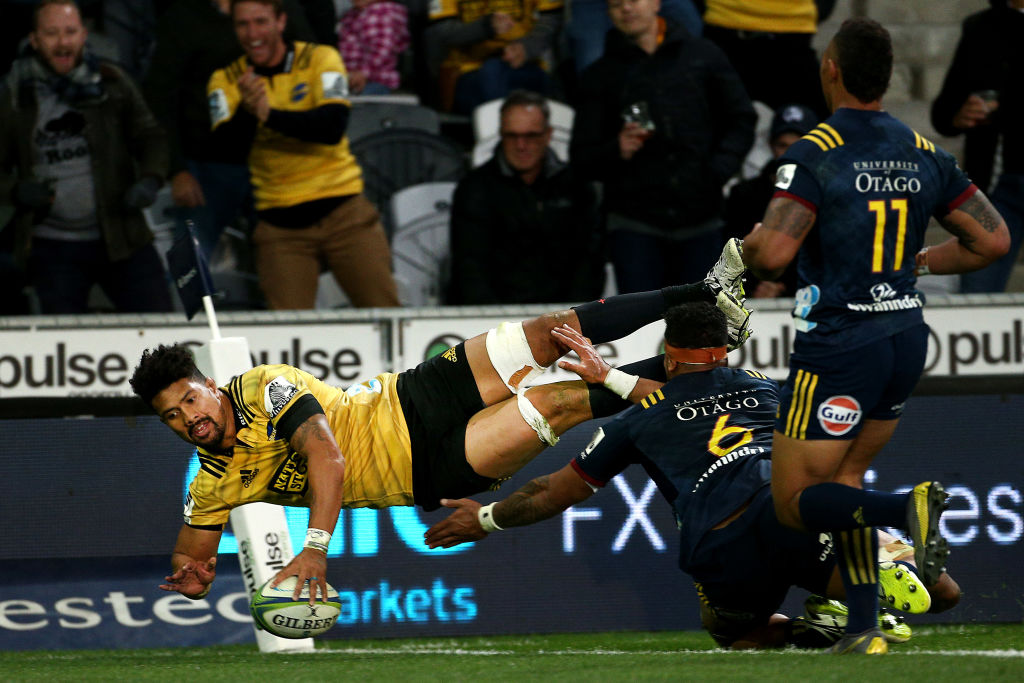 The Hurricanes will head into bye week on a high after a thrilling 31-28 win over the Highlanders at Forsyth Barr Stadium in Dunedin.

Off the back of some really impressive individual performances from several leaders of the Hurricanes squad, the side came back from some tough positions to show real character when it mattered to grab an invaluable four Invstec Super Rugby points.

There were no better performances than that from Ardie Savea who was imense in all he did, scoring two vital trries and pulling off some remarkable tackles.

"After a tough loss last week and to come down here and top the 'Landers, I'm just really proud of the boys," Savea told Sky Sport post-game.

"We got one to the bin and for us to pull trigger like that, I'm just extremely proud of the boys, especially the boys up front. I'm just stoked to get the win."

Savea scored off an intercept try just before the break at a time when the Hurricanes were under real pressure as the sides went into halftime at 14-14.

While the Highlanders built up a lead in the second half, the Hurricanes came back with a calm edge as they scored two great tries to Savea and Ngani Laumape.

They then had to defend as the Highlanders pressed hard for victory before the Hurricanes forced them into a mistake with time up to grab the win.

The Hurricanes now have the week off before they re-group and head to Japan to take on the Sunwolves.

"With the bye week, it's now just about the boys enjoying it and getting ready to take on the Sunwolves," Savea added.