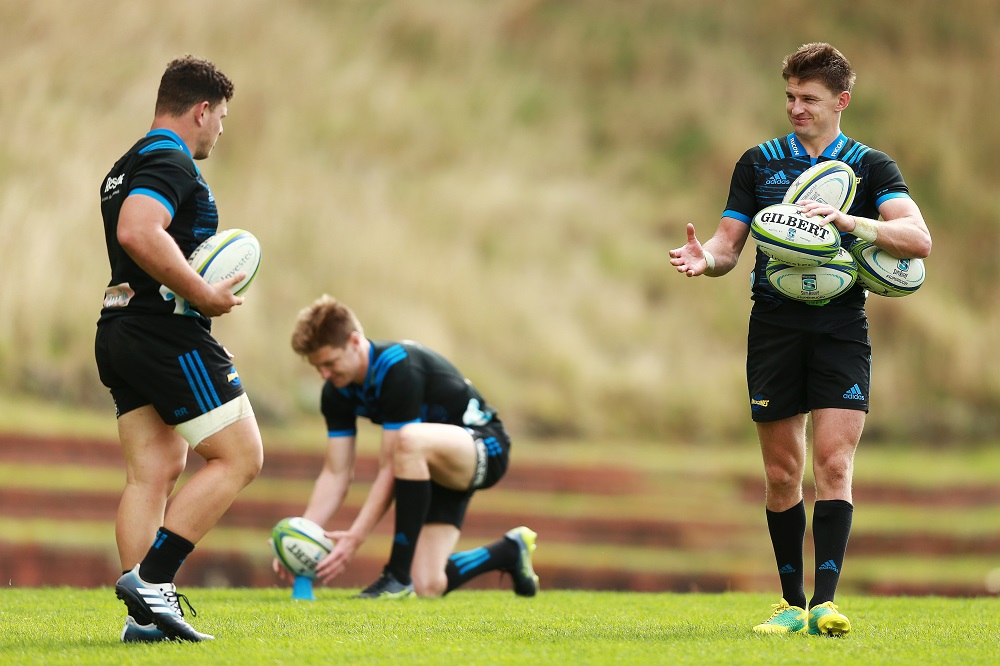 Ending the week on top of the Investec Super Rugby table will be a major incentive for the Hurricanes and Crusaders when they meet at Westpac Stadium on Friday night.

With the two sides locked on 19 points at the top of the New Zealand conference, and the Lions (18 points) having the bye, the winner will be guaranteed top spot of the overall competition after seven rounds.

There will also be other motivating factors for the Hurricanes.

For starters, they are on a record run of 13 consecutive home victories while they should be desperate to make it six in a row at Westpac Stadium against the Crusaders.

That record stretches back to 2013 when the Hurricanes prevailed 29-28 in what was a titanic struggle.

Three more close victories have followed in the capital for the Hurricanes who will be out to avenge the 38-22 loss they suffered in Christchurch in round two.

The two sides will head into the match off the back of different results, the Hurricanes outlasting the Stormers at home while the Crusaders suffered their first loss of 2019 away to the Waratahs.

Hurricanes assistant coach Jason Holland said the squad was excited about the prospect of meeting the two-time defending Super Rugby champions at home in front of their biggest crowd of the year to date.

“We’re really looking forward to it,” he said.

“It’s always exciting when you meet the Crusaders and while we respect what they have got with their pack, we are planning ways to negate that and play to our strengths.”

Holland saw how physical the Waratahs were against the Crusaders and how they contested most of their kicks in play and he believed the Hurricanes would need to show the same desire.

“Like any team, if you put pressure on them and win those 50:50 battles, then it’s a different game and you are in with a good chance of winning,” he said.

Getting over the gain line was also highlighted by Holland who said it was an area that was vitally important if they wanted to achieve their overall game plan.

The match will also bring up 50 appearances for the Hurricanes for forwards Vaea Fifita and Ricky Riccitelli since they made their debuts in 2015 and 2016 respectively.

Fifty is also a number TJ Perenara is closing in on with the halfback needing just one more try to bring up a half century for the Hurricanes.

When he does achieve it he will be just the third player in the club’s history to reach the mark after Christian Cullen (56) and Julian Savea (52).

Hurricanes romp to victory in first home game against Sharks.

The Hurricanes have claimed a 38 – 22 win against the Sharks on Opening Night at Sky Stadium.

It was a nerve-wracking start with the Sharks getting...

Ricky Riccitelli and Jimmy Marshall will co-captain a 24-man team against the Crusaders Development Team at Porirua Park on Saturday.

Dane Coles has been named in the 23-man squad set to take on the Sharks at Sky Stadium this Saturday.