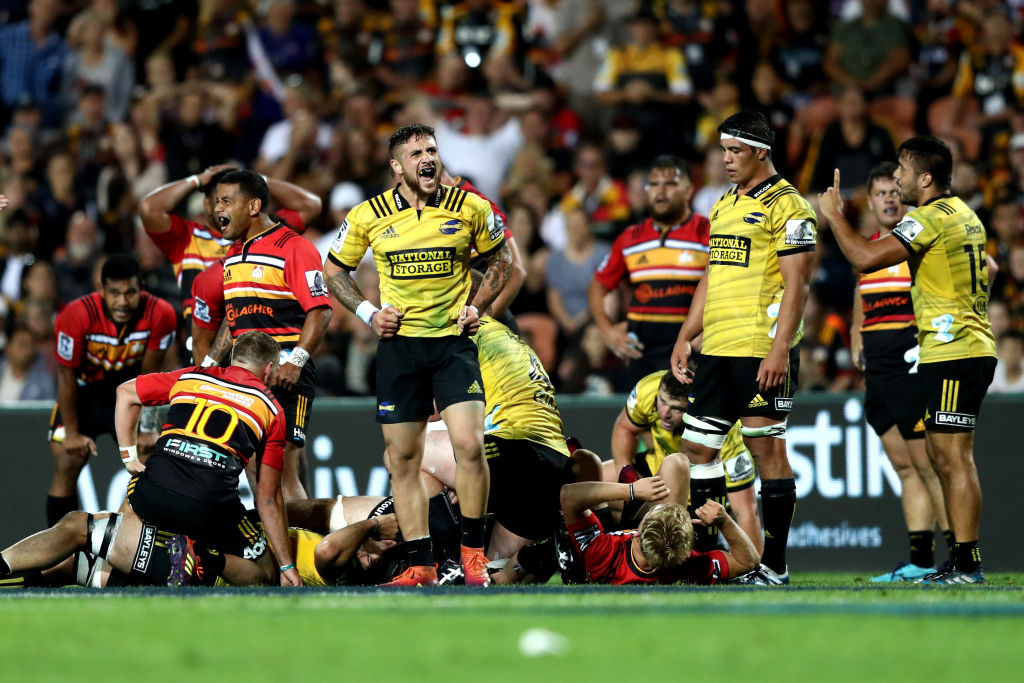 Off the back of an incredibly tough day for the nation the Hurricanes and Chiefs have played out a 23-23 draw in round five of the Investec Super Rugby tournament.

While New Zealand sat in shock at what happened in Christchurch, and both sides collectively came together pre-game, the teams batled out for 80 minutes with nothing to separate them.

Pre-game predictions had the Hurricanes as strong favourites but without a win in Hamilton for 12 years there was always doubt.

Throw in the tough start the Chiefs have had and it was always a challenge.

And so it proved.

Everything the Hurricanes did was challenged and vice versa.

Hurricanes captain Dane Coles was left frustrated by the result and by his side's inability to close the match out but was equally respectful of how the Chiefs had played.

He felt the Hurricanes had not played well enough but also paid credit to the Chiefs.

"I knew they'd be desperate, and they played like a team with a bit of character and they turned up, we gave them the full respect and we knew that they'd get into us," he said.

"We gave ourselves some really good opportunities, played some really good field territory, and [had] good momentum, and then we'd throw the ball away with a poor offload or just weren't patient enough.

"Some of our defence was a bit passive as well, which is not like us. So we needed to be better than that if we were wanting to get the win, because I thought the Chiefs were pretty good tonight, I thought they played pretty well. We just weren't quite on our game."

The Hurricanes now look forward to an exciting visit from the Stormers on Saturday at Westpac Stadium.