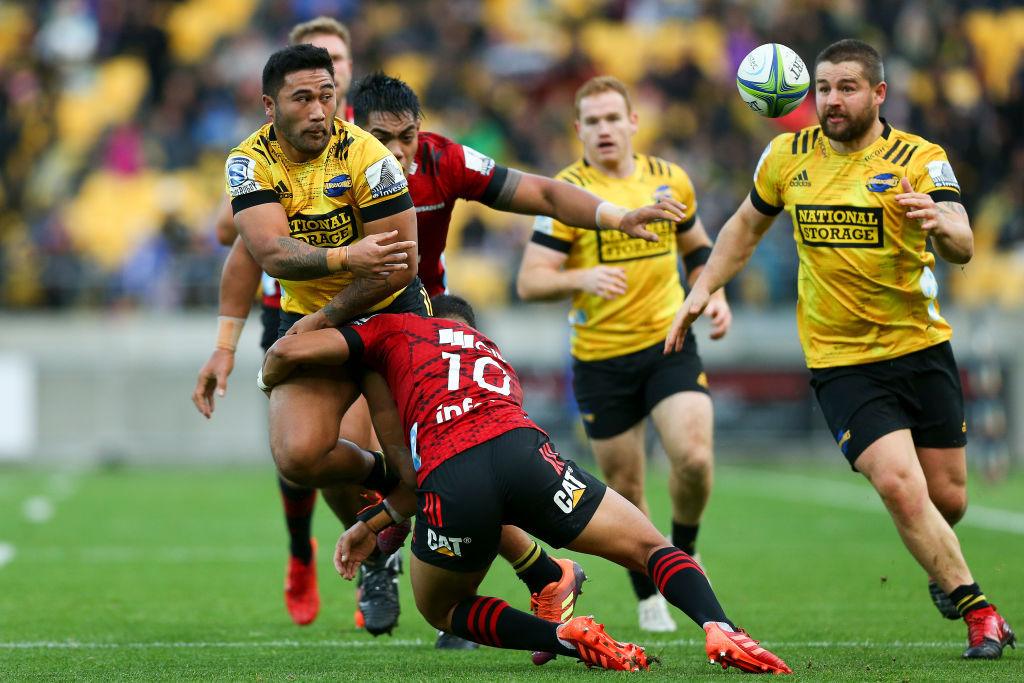 The Hurricanes have gone into a bye week, following a 25 – 39 loss to the Crusaders at Sky Stadium.

It’s the first time the Wellington-based Super Rugby team has played the South Island rivals at home this year.

The Crusaders were quick to make a statement on game night when a Hurricanes line-out didn’t go to plan around 38-seconds after kick-off. Wing, Sevu Reece, putting on the afterburners to finish off his team’s offensive efforts in the right-hand corner of the field.

Shortly thereafter, a successful penalty put three points on the board for the Hurricanes, but the Crusaders came back hard with another try, this time to Braydon Ennor.

A composed Jackson Garden-Bachop was able to slot a penalty and a drop goal in short succession to level the score, but it wasn’t to last, with a try from Jack Goodhue giving his team a 15 – 19 lead at the break.

Asafo Aumua, scored the only Hurricanes try of the game in the second half, after a clever offload from Ngani Laumape. With only 10-minutes left to play, the score was levelled at 25 – 25.

However, a couple of costly mistakes from the home side meant the Crusaders could get away with two quick tries in the dying minutes.

The Hurricanes will play their next game at Sky Stadium on July 12.

Get your tickets here