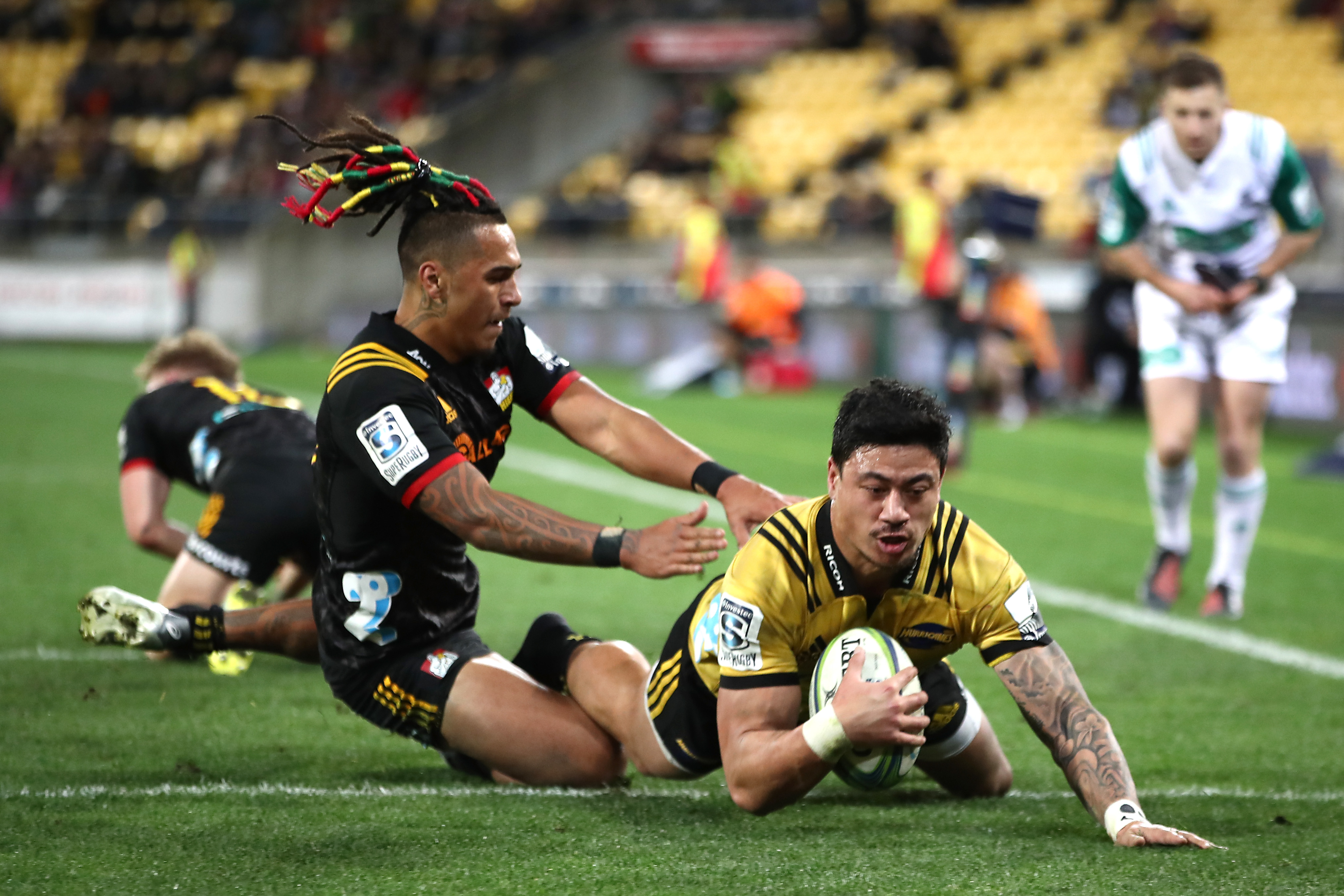 Hurricanes reach semi-finals after dramatic win over the Chiefs

The Hurricanes became the first team to qualify for the Investec Super Rugby semi-finals after they got past the Chiefs 32-31 in an epic quarter-final at Wellington's Westpac Stadium on Friday night.

The match hit top gear almost from the opening whistle as the Chiefs swung on to attack, only for outstanding Hurricanes wing Julian Savea to pluck a long pass from Damian McKenize out of the air and dash away to score under the posts.

It was the perfect start for the Hurricanes who had stressed the importance of beginning well against the Chiefs, a side which had dominated opposition teams in the first half in recent weeks.

They certainly showed how dangerous they could be, responding to Savea's try with a great effort of their own as Brad Weber finished off a sweeping move to level things up.

After a period of play when both sides created chances without quite being able to finish them it was Hurricanes halfback TJ Perenara who scored from a close range scrum as the side worked some neat manipulation behind it.

The 17-10 halftime advantage the Hurricanes had was gone after centre Anton Lienert-Brown scored following an upfield kick from Charlie Ngatai and the match was very much in the balance with nearly half an hour to play.

To a man the Hurricanes stepped up and when Perenara added a second following a quality Beauden Barrett penalty the home side had an advantage they could press home.

That was certainly the case when Ben Lam scored his 15th try of the season and Jordie Barrett landed a sideline conversion despite the tricky wind as the Hurricanes went out to 32-17.

To the Chiefs credit they came back in the final minutes to narrow the margin but it was the Hurricanes who came out deserved winners.

Hurricanes head coach Chris Boyd was reluctant to single out any players post-match given the complete squad performance but he praised the work Perenara delivered along with loose forward Gareth Evans and the locking pairing of Michael Fatialofa and Sam Lousi.

The Hurricanes now wait to see if it is the Crusaders or Sharks they will meet in the semi-finals.