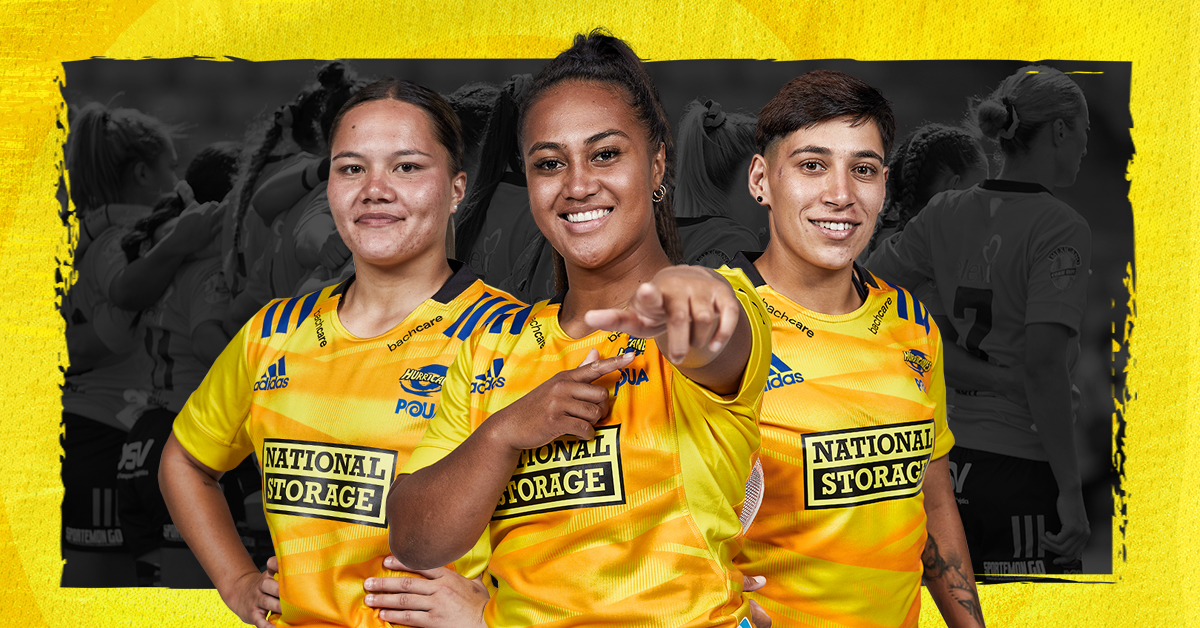 Another trip up state highway one awaits the Hurricanes Poua for their final match of Sky Super Rugby Aupiki. After their history making debut on Tuesday, the team’s focus shifts toward their clash with Matatū at 5:05PM on Sunday.

25 players made their inaugural start for the Hurricanes Poua in what was a historic moment for the club and the region.

Poua Head Coach, Clarke has named a similar line up to Tuesday’s game, with three players set to make their maiden bow in the Hurricanes jersey.

In the forwards – Marilyn Live and Leilani Perese will flank Black Fern Te Kura Ngata-Aerangamate, who gets her first start at hooker.

There’s a run on debut for Wellington Captain, Jackie Patea-Fereti, who links up with try scorer Joanah Ngan-Woo to lock down the scrum. An unchanged back row sees the Manawatu trio of Layla Sae, Sarah Hirini and Kaipo Olsen-Baker retain their starting jerseys.

After strong debuts – half-back Iritana Hohaia, first-five Carys Dallinger and midfielders Monica Tagoai and Janna Vaughan will look to spark some magic in the middle of the park.

Black Fern Cheyelle Robins-Reti shifts to full back – opening up the 14 jersey for the experienced Crystal Mayes to make her start. Ayesha Leti-I'iga is set to cause problems for the Matatū defence in the 11 jersey.

Front row replacements – Manawatu's Jayme Nuku, Ngano Tavake and Waikato’s Esther Tilo-Faiaoga will look to continue where they left off on Tuesday, alongside Rachael Rakatau, debutant Kat Brown and Rhiarna Ferris who round out the forward replacements.

After adding her spark off the bench – the dynamic Ana Afuie retains the 21 jersey, Wellington’s Amanda Rasch is named for her debut, while young guns Teilah Ferguson and Rangimarie Sturmey round out the Hurricanes 25.

“It’s been great to have had some full team trainings now. The team has trained really well. So hopefully, if everyone is on form on Sunday, we will be able to show our true selves. I’m excited for the fact that we get another go at playing, and excited to see what we can produce,” said Clarke.

“We’ve got some fantastic players coming through who did some good stuff in last week’s game.”

“It’s going to be exciting to see players like Kaipo Olsen-Baker, Monica Tagoai and Gossy [Sarah Hirini] play again this weekend. I’m also excited to see Jackie Patea-Fereti come through the starting line up and bring her leadership to the forward pack.”

The match will be broadcast live on Sky from 5:05pm Sunday.