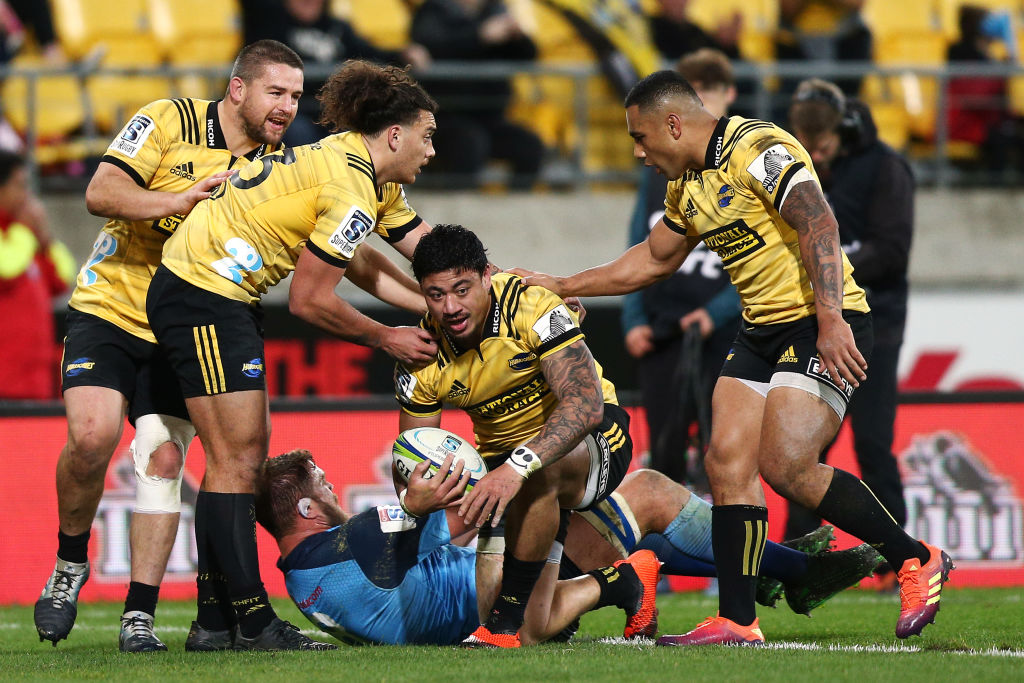 The Hurricanes will return to Christchurch for a second straight Investec Super Rugby semi-final after they edged past the Bulls 35-28 in their quarter-final at Westpac Stadium on Saturday night.

Two tries from replacement wing Salesi Rayasi, as well as one each from Ben Lam and TJ Perenara, coupled with some excellent goal kicking from Beauden Barrett, got the home side home against a Bulls side that belied their recent travel schedule as they played out the full 80 minutes.

It was an eventful night for Rayasi who also received a yellow card as he got a hand to a passed ball from the Bulls that was judged to have stopped a try from being scored.

Referee Nic Berry awarded the Bulls a penalty try from it which kept them in touch throughout the second half.

It was a tense finish as the Bulls strived to find a try that could have sent the game to extra time but some excellent defence kept them out.

The Hurricanes defence was stretched on a number of occassions as the Bulls threw caution to the wind with some of their play.

Rayasi's first try, along with Perenara's effort and Ben Lam's five pointer set the Hurricanes up with a decent 24-7 lead before the Bulls struck near the break to narrow the gap to 24-14.

The Hurricanes started the second half well but they could not shake their South African opponents until right to the end.