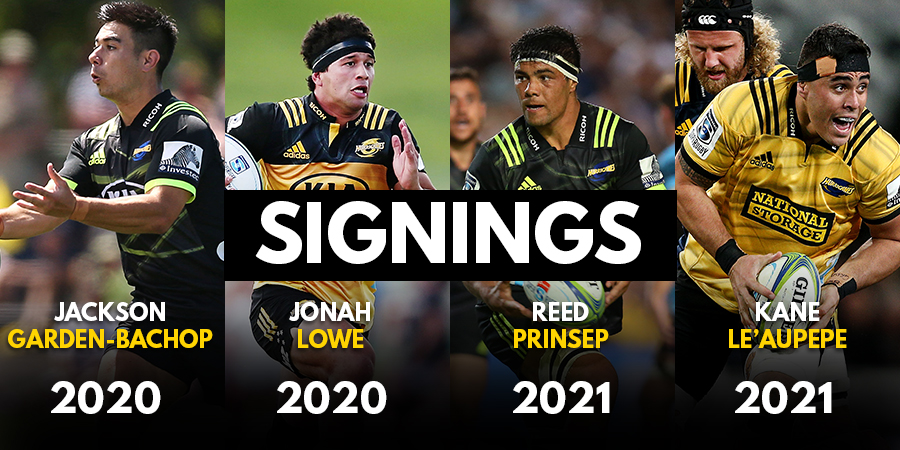 Four more players have confirmed their future is with the Hurricanes.

Experienced loose forward Reed Prinsep has extended his contract through until at least 2021. The 26-year-old, who has captained the Hurricanes in 2019, has made 39 appearances for the Hurricanes since he made his debut against the Sunwolves in 2017.

Powerful lock Kane Le'aupepe has also agreed terms with the club and also signed on until at least 2021.

Having been called into the Hurricanes squad this year as injury cover, the 2.01m, 124kg middle rower has impressed the coaching team with his work ethic and character.

The 26-year-old, who plays international rugby for Manu Samoa, made his debut for the Hurricanes against the Crusaders and has since made five appearances.

The pair are joined by first five-eighth Jackson Garden-Bachop and outside back Jonah Lowe who have signed until at least the end of the 2020 Investec Super Rugby season.

Garden-Bachop, 24, has made six appearances for the Hurricanes since his debut against the Jaguares last year.

Lowe, 23, has been sidelined with injury for most of the 2019 campaign after a solid pre-season.

He made his debut for the Hurricanes last season against the Crusaders in Christchurch.

"Reed has grown each year with the Hurricanes and is establishing himself as a significant contributor on the field with his loose forward play and his leadership qualities. He continues to be a great example to others," he said.

"Kane has been a really good for the Hurricanes since arriving as injury cover. We are delighted he is keen to continue his development in our environment. He's also got real size and athletic ability."

Hurricanes general manager of rugby Ben Castle also expected Garden-Bachop and Lowe to play significant roles in the the future.

"They are two young players who haven’t had many opportunities to date but will continue to push hard for starting spots," he said.

"They have been Hurricanes for two years now and it is great they will be continuing with us."