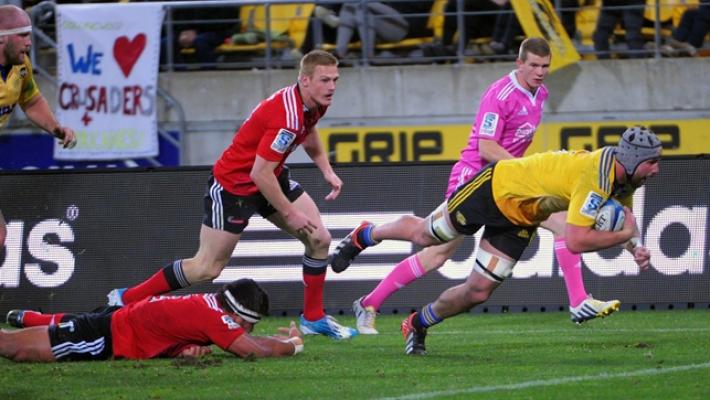 Gisborne roady on the cards

The Hurricanes are road tripping to Gisborne this summer for the first time since February 2009.

The full squad will spend close to a week on the East Coast from January 24, as they prepare for their first preseason hit-out against the Crusaders in Eketahuna on January 31.

Current Hurricanes Blade Thomson and James Broadhurst have close ties with the province, while plenty of former Hurricanes have also hailed from Poverty Bay.

Hurricanes coach Chris Boyd said there would be plenty of opportunities for the Gisborne public to watch the players in full preseason mode during their visit.

"We're looking forward to heading up to that particular part of our region, having not been there for a while. We've got some great trainings and community engagement activities planned that we hope both the rugby community and general public will be able to enjoy."

While some of those activities would include open trainings, a BBQ, and a coaching clinic, Boyd said the team was also planning a training session in Ruatoria, via a lunch stop in Tolaga Bay.

"There's a staunch rugby community across Poverty Bay and the East Coast, and the amount of talent that comes out of there is certainly no secret. We see this trip as an opportunity for us to take a lot of motivation from their passion for the game.

"It's also a great chance for some of our Gisborne-reared team members to reconnect with their roots, and for the whole squad to have some fun with the locals."

Poverty Bay Rugby Union chief executive Derek Dingle said the visit would be a highlight of the union's 125th jubilee celebrations happening in 2015.

"It will be a great opportunity for some of our coaches to view, learn and increase their personal development, and a fantastic chance for the Poverty Bay public to be outstanding hosts and support their Super Rugby team.

"It's been a rare opportunity to view the Hurricanes in person, and I certainly think it will be a motivating factor for local players, young and old, to get behind the game of rugby."

The full Gisborne event and training schedule will be finalised in the coming weeks, and made public for all those wishing to see their Investec Super Rugby team up close.