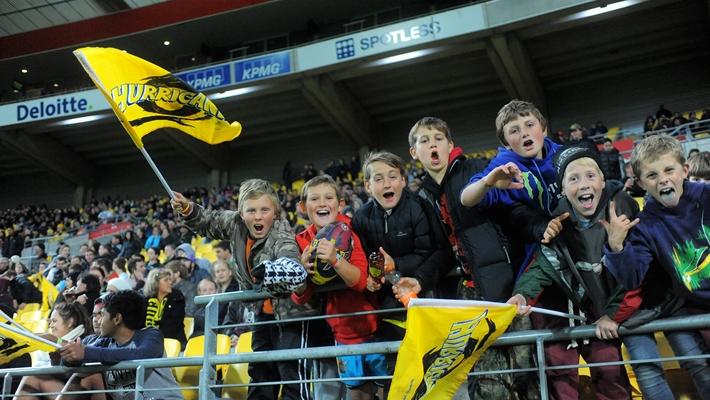 For the first time since 2006, the Hurricanes have won back-to-back wins in South Africa with a resilient 17-13 victory over the Bulls at Loftus Versfeld in Pretoria.

The Hurricanes will depart South Africa for Perth for their next match with two wins under their belt to start the 2015 Investec Super Rugby season.

The Hurricanes won in a grandstand finish, after replacement Bulls lock Grant Hattingh seemingly crossed in the corner with just a few minutes remaining to score what would have been the match-winning try.

The match officials went upstairs to check and the TMO awarded in the Hurricanes' favour, replays showing Hattingh's hand was in touch at the crucial moment of planting the ball over the line.

The Hurricanes worked their way up-field and halfback TJ Perenara booted the ball into touch as the fulltime hooter sounded.

In a hard-fought encounter, there was little between the two sides throughout the contest.

Hurricanes left wing Julian Savea scored the Hurricanes' only try and what proved to be the winning score with 15 minutes to play, Savea taking a quick tap penalty close to the line and diving over to score.

The Hurricanes had trailed the Bulls 9-10 at halftime, first five-eighth Beauden Barrett kicking three penalties and his opposite, Handre Pollard, scoring all his side's points through a penalty and a converted try.

The Hurricanes and the Bulls both enjoyed time in possession throughout the opening exchanges.

The Bulls created early chances inside the Hurricanes' 22, the Hurricanes easing the pressure valve with some steals on the ground and in the air at lineout time.

The Hurricanes won a penalty and Hurricanes first five-eighth Beauden Barrett landed a terrific 40-metre penalty on the angle to put them ahead 3-0.

From the kick-off, the Hurricanes went 11 phases in a strong passage of continuity. From a lineout penalty, Barrett missed another monster penalty opportunity, before succeeding from closer in from a ruck penalty. With almost a quarter of the game played the Hurricanes led 6-0.

The Hurricanes again possession back from the re-start, right wing Cory Jane sniping and chipping and chasing up the blindside from an attacking scrum and forcing a mistake and another penalty. This time the Hurricanes opted for a lineout drive, but an execution thwarted a golden try-scoring chance.

Instead the Bulls' pack got a rumble on and re-established territory, leading to Bulls first five-eighth Pollard putting his side on the board with a penalty from halfway.

The Bulls broke through from halfway, leading to several phases of concerted attack and a try to Pollard under the posts, putting the Bulls ahead 10-6 after half an hour.

Barrett missed a difficult penalty chance, before the Hurricanes shunted the Bulls scrum backwards, earned a penalty and kicked for the corner. This led to a free kick and the Hurricanes opted to pack down again inside the Bulls' 22. The Bulls collapsed it and Barrett obliged from in front on the stroke of halftime.

Pollard opened the second half by hitting the uprights with a penalty, but Hurricanes fullback Jason Woodward ran the ball out and the Hurricanes counter-punched, won a penalty in handy position and Barrett's boot pushed them ahead again.

Pollard kicked his third penalty to edge his side back in front, 13-12.

The contest remained on tenterhooks as the Hurricanes remained patient. Halfback TJ Perenara kicked for territory, the Bulls overthrew their own lineout and the Hurricanes' engine room surged forward.

Play was re-established from a scrum and the Hurricanes built several more phases close to the line, leading to Savea taking a quick tap penalty and darting through to score. Barrett couldn't bring the conversion around but the Hurricanes now led 17-12 with about 12 minutes to play.

The Bulls pounced on a wayward Hurricanes pass and attacked with vigour, built several phases and went wide to the waiting Hattingh on the wing. He crossed but was denied by the match officials and the Hurricanes held on.

The Hurricanes are playing the Western Force at Perth in their next match next Friday night (kick-off midnight (NZT).

The Hurricanes team was: