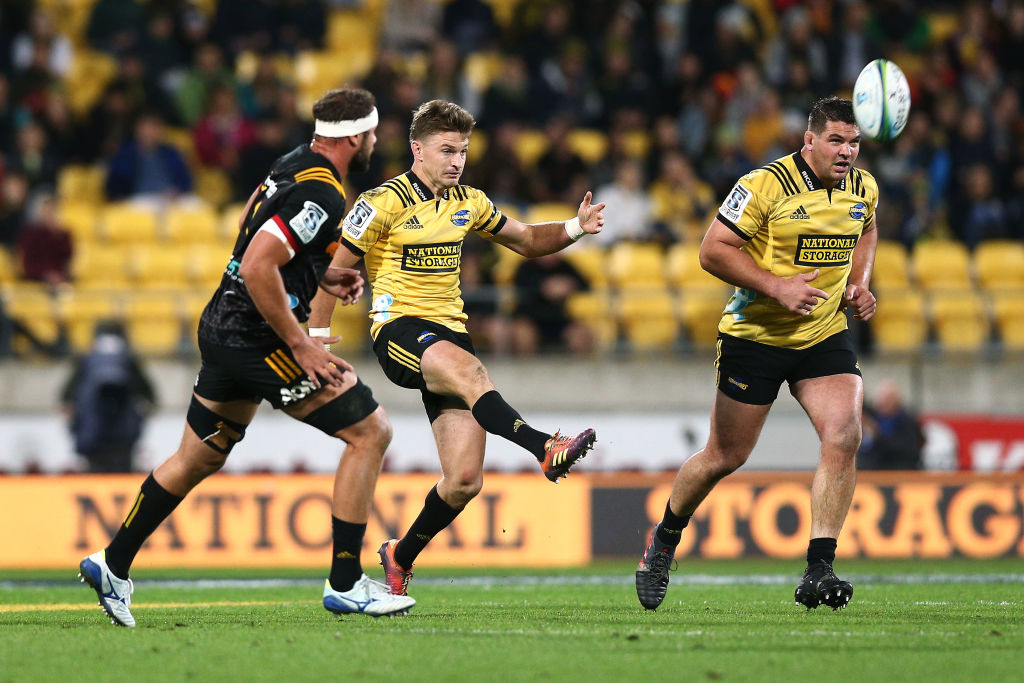 Beauden Barrett will captain the Hurricanes for a second time this season against the Rebels at Westpac Stadium on Saturday.

With Dane Coles unavailable and TJ Perenara on the second of his All Black rest weeks, Barrett will lead the side in the round 12 Investec Super Rugby match which kicks off at the family friendly time of 5.15pm.

Hurricanes head coach John Plumtree has made three changes from the starting XV from last week's impressive 47-19 win over the Chiefs.

With Perenara out, Richard Judd makes his second start of the season while Jeff To'omaga-Allen comes in at tighthead prop after Ben May has been ruled out with a minor injury.

There is a first start for lock Isaia Walker-Leawere in what will be his 10th appearance for the Hurricanes since he made his debut against the Brumbies last season.

Plumtree has also made several changes to the bench after opting to go with a six-two forward-backs split.

The experienced Toby Smith returns after several weeks out with a high ankle sprain while Alex Fidow comes in to the match-day squad.

Plumtree stressed the importance of the match against the Australian conference leaders.

"We have really targeted the five matches between our two byes which we believe will be vital to where we finish the regular season on the table," he said.

"We obviously started the block of games well against the Chiefs and we really want to carry on with the momentum we got from that against a Rebels side we expect to really challenge us."

Our valued members and ticket holders heading to the round 12 Investec Super Rugby match can jump on a Metlink train for transport to the Wellington Railway Station.

All fans have to do is show their physical match ticket or membership pass, sit back and enjoy the free ride into town.

Kick-off at Westpac Stadium on Saturday is 5.15pm.

The Hurricanes squad to face the Rebels is:

* Join the Hurricanes at Our House, Westpac Stadium for Family Day (early 5.15pm kick off) against the Rebels. Use code 515 to receive 30% off all tickets. Click HERE to purcahse tickets! Free Metlink train transport to and from the game when displaying your match ticket or member card. Terms and conditions apply.

300 children will receive a complimentary Hurricanes drink bottle in the Bluebridge Family Zone!