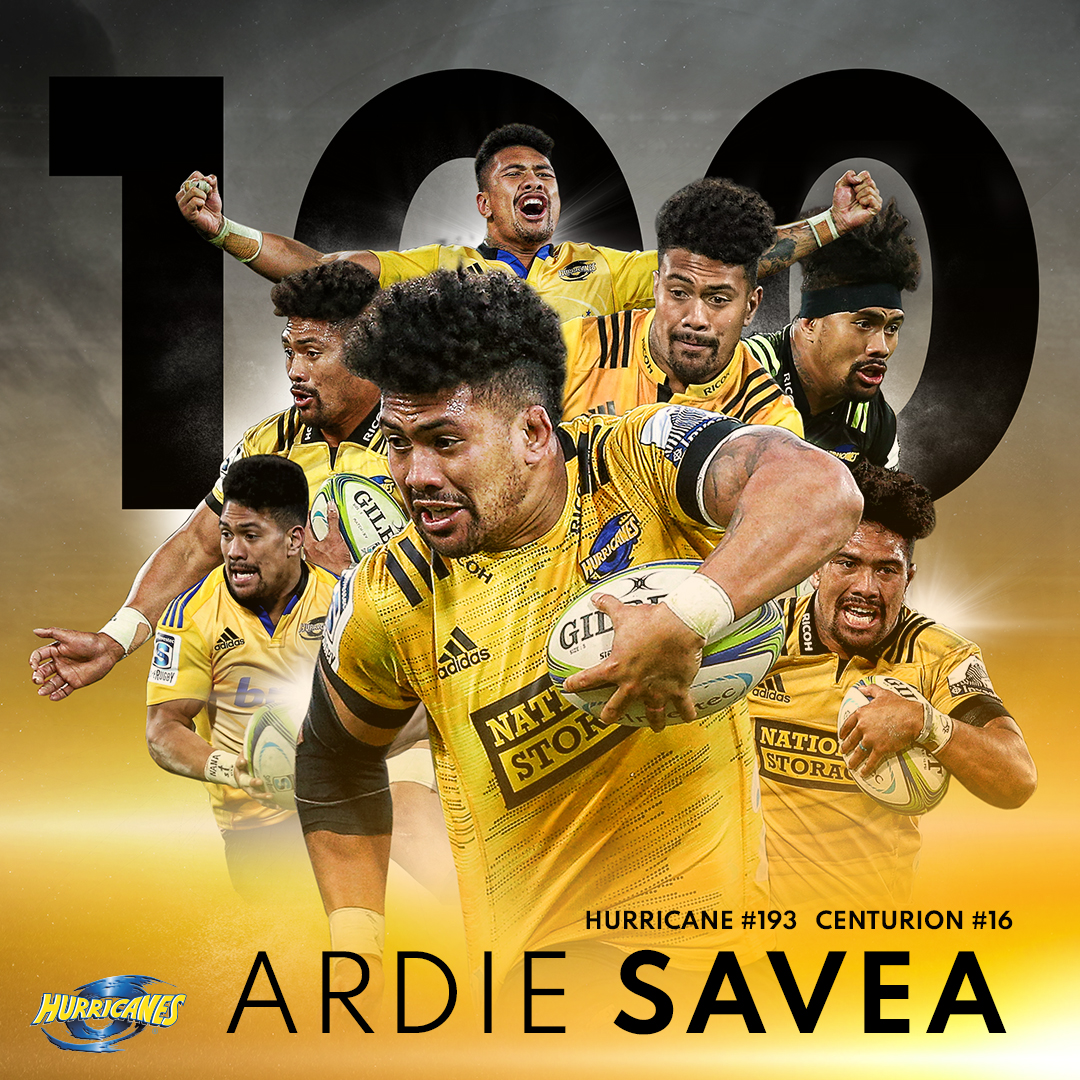 The 27-year-old loose forward is as likeable off the field as he is formidable on it – a combination which has earned him superstar status.

Savea burst onto the scene as an 18-year-old Rongotai College graduate, making his debut for the Wellington Lions. The very next year, he would pull on a Hurricanes jersey for the first time, play in the NZ under-20 side, tour with the All Blacks as a non-playing apprentice and win the New Zealand age grade award.

Tonight, eight years down the track, Savea will run out as a Hurricane for the 100th time and his first as captain.

“For me being part of the Hurricanes was special enough but to be able to lead the team, it’s an honour. It’s something that I’ll hold close to my heart and try to do the best I can,” Savea says.

Head coach, Jason Holland, believes Savea’s reputation in the rugby world makes him a natural fit for the captaincy role. He says the Hurricanes will be rallying to make tonight’s game a special occasion.

“Ardie has been an integral part of our club for a long time and has the complete respect of everyone.”

“He has played a major part in leading this team in his own way for the last few years and the boys will be desperate to follow him in the way they have followed Colesy and TJ in recent years.”

To make tonight’s fixture even more special, Savea will have his older brother and Hurricanes centurion, Julian, on the left wing for the first time since 2018.