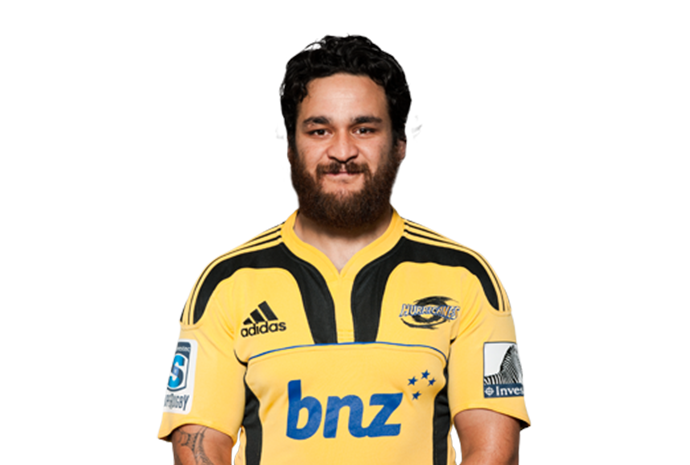 Piri Weepu emerged over recent years as one of the most valuable players in the Hurricanes and latterly the All Blacks as a rugged, ultra-competitive inside back with top class passing, running, kicking and defensive games all rolled into one.

Wellington born and bred, Weepu moved to the Blues for the start of the 2012 season. He also packed his Rugby World Cup winner’s medal, having assumed a key role in the All Blacks’ successful campaign.

With injuries to Dan Carter and his back-up Colin Slade, Weepu assumed the All Blacks kicking duties and slotted seven penalties in the 33-10 quarterfinal win over Argentina and started at halfback and led the haka against Australia and France in the last two games.

He previously suffered a setback when he broke his leg playing for the Wellington Lions in the 2010 ITM Cup, forcing him to miss the All Blacks end of year tour. He made his return towards the back end of the 2011 Super Rugby season and immediately hit top form.

A year prior to that, Weepu wasn’t always a first choice starter in the 2010 Hurricanes side, Canterbury’s Tyson Keats preferred of him in the run-on side in five of 13 games due to law interpretations that favoured Keats’ style over his. But Weepu weathered this challenge and regained the number 9 jersey at the end of the season and was consequently named in the All Blacks at the end of May.

He had once again been one of the Hurricanes’ most valuable players in 2009, equally influential at either halfback or first five-eighth, and was re-selected as part of the All Blacks mix throughout 2009 although injury prevented him from playing much of the season and kept him at home for the end of year tour.

Fully fit, he made the All Blacks again in 2010, alongside Jimmy Cowan as the two halfbacks. A cameo off the bench in the opening Tri Nations win in Auckland against South Africa led to him being named to start in the second Test the following week at his home ground at Westpac Stadium, where he put in a man-of-the-match performance.

At the end of 2008 Weepu had re-established himself as an integral member of the All Blacks following his shock omission from the 2007 World Cup squad in France, and was rewarded at the December Steinlager awards with the Tom French Memorial Medal as the New Zealand Maori Player of the Year.

The combative halfback come first five-eighth fought his way back in 2008 with another outstanding Rebel Sport Super 14 season with the Hurricanes and Air New Zealand Cup where he captained the Vodafone Wellington Lions to Ranfurly Shield glory.

Weepu enjoyed a rapid rise to fame. He started 2004 as back-up halfback for the Hurricanes behind Jason Spice and ended it starting for the All Blacks at Millennium Stadium on the back of a standout NPC for the Vodafone Wellington Lions.

In 2005 he played for the Junior All Blacks, New Zealand Maori and the All Blacks and as each occasion grew so did Weepu’s level of performance. He scored his first test try against Australia in Sydney and backed that up with a strong game against South Africa in Dunedin. He played another six tests in 2006.

In 2007 he was part the squad of 22 conditioned All Blacks but returned over the second half of the competition as one of the star players, including adding a new string to his bow as a first five-eighth, and also became first choice goal kicker. In six matches, Weepu scored 58 points, and not for the first time, landed several crucial kicks on goal.

His name was then a shock omission from the World Cup Squad, Waikato’s Byron Kelleher and Anton Leonard and Canterbury’s Andy Ellis all preferred ahead of him for the ill-fated campaign.

But he made up for this in 2012 as a key member of the World Cup winning All Blacks, his best game coming in the quarterfinal against Argentina with a Man of the Man performance.

Weepu is also a loyal club rugby player, turning out for his Wainuiomata club in Wellington whenever possible, most recently in the 2012 Wellington club semi-finals when his side went down to Oriental-Rongotai featuring All Black teammates Ma’a Nonu and Julian Savea.

Weepu has also played for the New Zealand Under 21 indoor netball team.

After an indifferent Super Rugby season for the Blues, Weepu was reselected for the All Blacks for their June 2012 Test series against Ireland and ended up playing 12 Tests in 2012.

He returned to the Blues, playing his 100th Super Rugby game, and to the All Blacks during the first half of 2013.

Weepu missed out on All Blacks honours at the end of 2013, instead touring North America with the New Zealand Maori side.

Finishing his career at the Blues, Weepu left for England in mid-2014 to play for London Welsh.