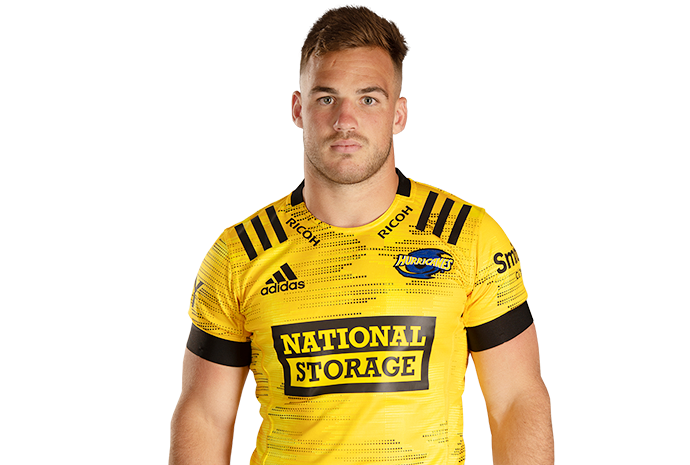 Goosen is an ever-present attacking threat due to his pace and strength.

South African born Goosen is blessed with the ability to play all backline positions outside of No 10. A strong fend, resourcefulness, and very quick feet make him a handful for any defence.

The former New Zealand Schools and Under-20 rep made his Hurricanes debut against the Reds and scored a try with his first touch after just 14 minutes.

He continued to push for a starting spot and near the end of 2017 his form proved too good for the coaching team to ignore.

His second year with the Hurricanes proved to be a frustrating one as he suffered an ankle injury in the first competition match against the Bulls. He then fractured his jaw during his comeback match against the Chiefs.

Goosen's try scoring ability was again on show throughout the 2019 season, as has since became one of the best finishes in Super Rugby having player 61 games for the Club.