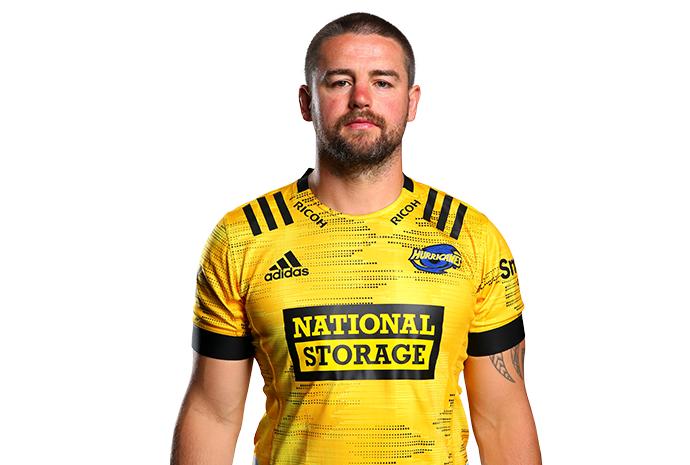 Hurricanes centurion Dane Coles debuted against the Waratahs in 2009. He captained the Hurricanes to their first Super Rugby title in 2016, and that same year was a nominee for the New Zealand and World Rugby Player of the Year awards.

Coles, who is a loyal and passionate Club man, played up his 100th cap in the semi-final against the Lions in Johannesburg in 2017 and has since gone onto play 128 games for the Club, making him the most capped Hurricanes Forward and the third most capped player behind his fellow teammates TJ Perenara and Julian Savea.

The ball-running hooker, often credited with revolutionising his position on the international stage, missed the entire 2018 season after suffering a knee injury on the 2017 All Blacks end-of-year tour but returned to lead the Hurricanes in 2019 before going to his second World Cup.

Coles signed a contract extension in 2021 which will see him remain at the club until the end of the 2023 season.

Song
Shapeshifter - one
Band
John Farnham
Movie
Dogtown and Z Boys
Holiday Destination
Ngawi
Food
Tomato Soup
Sport Team or Individual
NZ Warriors
Hobbies
Cricket, beach, body boarding
Pets
Cashy - British Bulldog
If you weren't a professional rugby player, what would you be?
A drummer in the Red Hot Chilli Peppers
What's on the top of your bucket list?
To go to Glastonbury
If you could invite any three people to a dinner party, who would they be and why?
Boby Marley, Jim Morrison and Mike Tyson - They're all legends
If you could live a day in anyone else's shoes, who would it be?
Slash from Guns N' Roses

Earliest Rugby Memory
9am rugby
Position When Younger
Prop
Most Admired Rugby Player
Keven Mealamu
Biggest Rugby Influence
Mum & Dad
Most Memorable Rugby Moment
Debut for the Vodafone Wellington Lions and Paraparaumu College v. Kapiti (2003)
Worst Rugby Room Mate
James Broadhurst
Why did you start playing rugby?
Had to
Best thing about being a professional rugby player
Travel
Best piece of advice you have been given (Rugby or Personal)
Chase your dreams