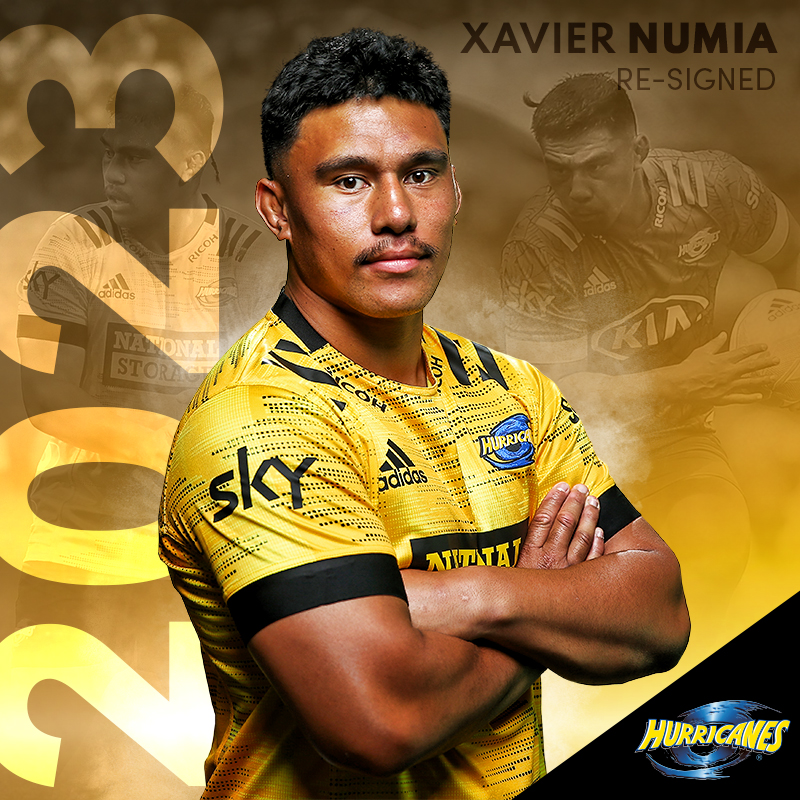 Xavier Numia re-signs with Hurricanes through 2023

Exciting young prop, Xavier Numia, has recommitted to the Hurricanes through until the end of 2023.

The 22-year-old came onto the scene in 2019 when he made his Super Rugby debut against the Waratahs in Sydney and has since made 24 appearances for the Hurricanes.

Numia said he was thrilled to recommit to the Hurricanes for the next two seasons.

“I’m so happy to have the opportunity that I do. To be able to represent my family, my partner, and my friends in a team I have looked up to since I was a kid. I am living my childhood dream.”

“I can’t wait for the upcoming season. I am focusing on developing as a player, on and off the field, and keen to head into the season with more weight, strength and power to help with my scrummaging, as well as my mobility around the field.”

Numia said he was particularly excited to play alongside some of the Hurricanes new signings.

“I’m really excited about working with and learning from some of the new guys, like Owen Franks. He’s an All Black legend, has been in the game for a long time, and has a wealth of experience.”

A former New Zealand Schools and Under-20 representative, Numia has been earmarked for success.

Hurricanes assistant coach, Chris Gibbes says the young forward’s best years are still ahead of him.

“Xavier is an exciting and dynamic athlete and it’s the things he can do around the field that make us so keen to keep him onboard. The skillset he possesses and the energy he brings are great and he’s getting better with experience,” said Gibbes.

“Much like our other young prop Pouri, Xavier has worked really hard and earned his spot in the squad.”