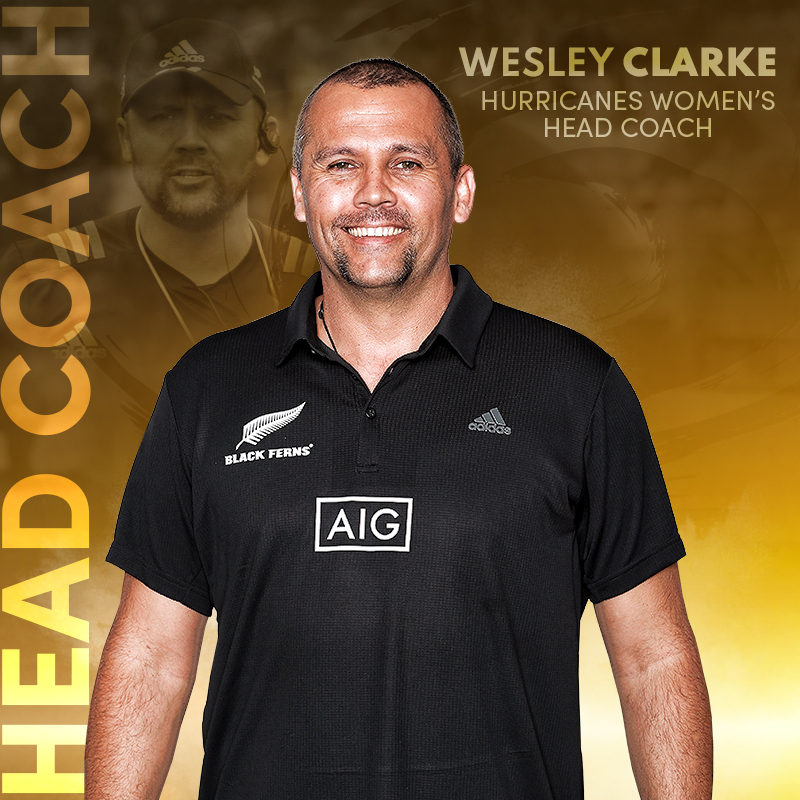 Wesley Clarke, who has been a successful and widely respected member of the Black Ferns coaching team since 2015, has been appointed as Head Coach of the Hurricanes women’s side for next season's inaugural Super Rugby Aupiki competition.

“It’s an honour to be entrusted with the head coach role in this new and exciting team,” said Clarke.

“I have been involved in women’s rugby for a long time across all levels and this new competition is such a great opportunity. It’s the next step in the evolution of the women’s game and a great development opportunity for our players, filling the gap nicely between FPC and the Black Ferns.”

For Clarke, Super Rugby Aupiki offers the best players in New Zealand the opportunity to showcase the quality of women’s rugby in this country.

“I am thrilled for the players mostly. For them to have the opportunity to play in a strong competition alongside the best players in the region is hugely exciting. It will be an opportunity to show their skills at the next level up to really push for Black Ferns spots.”

“I am excited about the young talent coming through, as well as the experienced players we have to lead them around the park."

The Hurricanes women’s team will join the Blues, Chiefs and a combined South Island team encompassing the Crusaders and Highlanders regions, in a three-round competition which will culminate in a final between the top two sides on March 26.

“We saw a glimpse of how exciting this competition will be with the match between the Blues and Chiefs earlier this year. It also reaffirmed the need for this level of competition; will be a great opportunity for developing players.

“Next year is absolutely huge for women’s rugby and this competition will be the perfect showcase to kick things off and get the rugby public engaged in women’s rugby.”

NZR Māori Cultural Advisor Luke Crawford linked this to the narratives about the ascent of Tane to the highest heavens to retrieve the three baskets of knowledge. The baskets contained all the knowledge and understanding needed to ascend to the highest heights of achievement.

Drawing from a karakia that tells the journey of Tane, the following whakaaro was termed, “Te āupikitanga / tūpikitanga ki Te Toi-ō-ngā-rangi - The ascent to the upper most realm." Aupiki was chosen as the term to reflect the journey of players striving for higher honours which is the purpose of this competition.

The Hurricanes will contract 28 players, with the squad expected to be named in the next month.

Players will assemble for one pre-season match before coming together four days a week through the competition window in March.