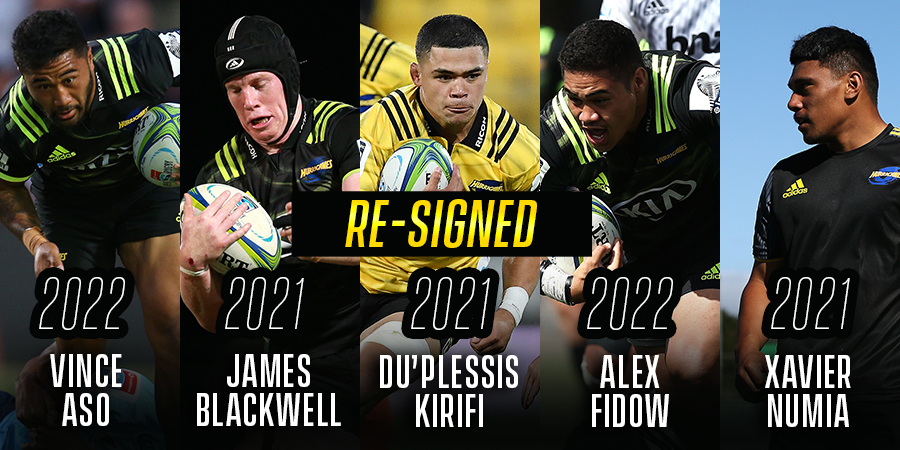 The Hurricanes have positioned themselves well for the future by signing five of their most promising players for at least the next two seasons.

Promising prop Xavier Numia (20), openside flanker Du'Plessis Kirifi (22), and lock James Blackwell (23), have signed with the club until the end of the 2021 season.

Utility back Vince Aso (24), who first joined the Hurricanes in 2015 and is closing in on 50 matches for the club, and second year prop Alex Fidow (21), have signed until the end of the 2022 season.

Hurricanes general manager of rugby Ben Castle believed the collective signing of the group would greatly benefit the players and the club.

"These players are talented young men with big futures who have been part of the Hurricanes family for some time now. We are very pleased to have them with us for the next few seasons at least." he said.

"They are all very motivated individuals who have a strong desire to see the Hurricanes succeed."

Hurricanes head coach John Plumtree was looking forward to the opportunity to continue to work with the players over the next few seasons.

"While our focus is very much on 2019 and getting the job done now, we still have to look closely at the future and locking in this group of players allows us to do that," he said.

"All of the players we have signed are already contributing a lot to the squad's performance but the coaching group really believe they can continue to get better and that is something they all want to do."