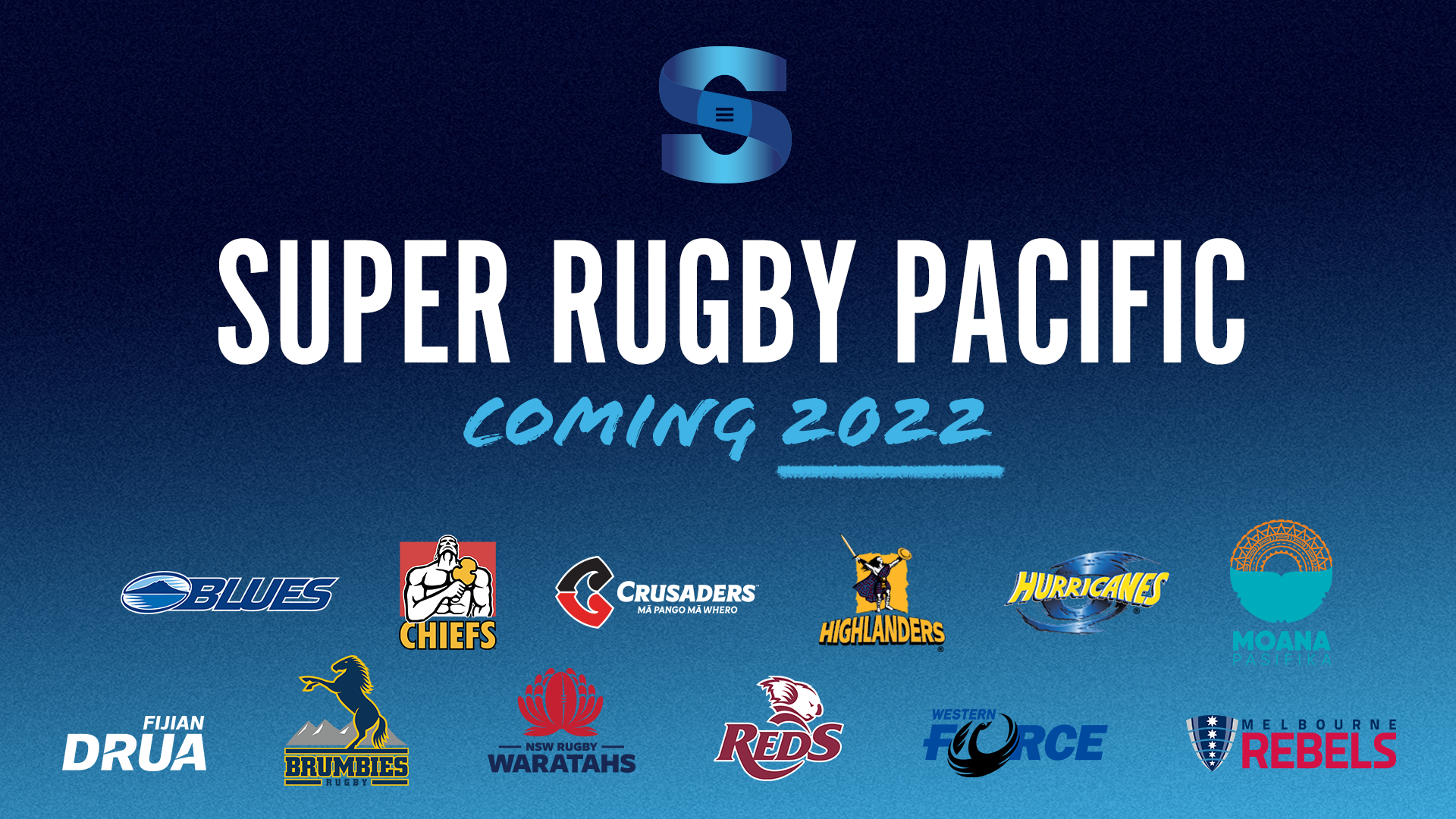 Super Rugby Pacific will kick off a new era for the world’s most exciting professional rugby competition next February with a 15-week regular season and a refreshed finals format, New Zealand Rugby (NZR) and Rugby Australia (RA) have announced.

The 2022 season will be historic for rugby in the Pacific region with the introduction of the Fijian Drua and Moana Pasifika, who will join New Zealand’s five clubs and Australia’s five clubs in a 12-team tournament.

Delivered by the joint venture partnership between NZR and RA, Super Rugby Pacific will kick off on 18 February next year with an eight-team playoff series culminating in a final on 18 June with NZR’s long-standing broadcast partner Sky providing live and exclusive access to all 91 matches.

“We are entering an incredibly exciting new phase for rugby in the Pacific region. The trans-Tasman rivalries are crucial to our sport in the Southern Hemisphere, and the existing Super Rugby clubs have built a wonderful history and legacy over 26 years.

“Moana Pasifika and the Fijian Drua will add an enormous amount of energy, skill and talent to the competition, not to mention a passionate support base.  The Pasifika nations have added so much to world rugby over the years and this is an opportunity to enhance the standing of Pasifika rugby."

Following the announcement, Hurricanes Head Coach Jason Holland, who joined the coaching team in 2015, said he was excited for the new format.

“It’s great to be able to compete with the Australian teams again and extremely exciting that the Fijian Drua and Moana Pasifika will be introduced to Super Rugby.

“For years Fijian and Pasifika players have lit up this competition and both these teams will be great to watch and tough to beat. There should be no shortage of attack-minded rugby with these 12 teams. I like the fact that this format will allow us to play everyone and that we will again have the local derbies to look forward to,” said Holland.

Fiji Rugby Union will announce where the Fijian Drua’s home matches will be played in the coming days, while Moana Pasifika will play their home fixtures primarily in New Zealand. Super Rugby Pacific’s two new entrants will play each other twice in the first two seasons with other examples where teams play twice to be determined by a seeding process based on 2021 results, with an emphasis on local derbies.

The new format will see the Hurricanes host seven games, including NZ derbies and potentially matches against the Fijian Drua and Moana Pasifika.

Hurricanes CEO Avan Lee echoed comments made by Holland and said the new format will be well received by Hurricane's supporters.

“It’s great that we will play all teams. The extended play-offs have been missed in recent years and that’s something our members and fans will enjoy. Our members get free access to finals matches as part of their membership. We look forward to seeing the draft draw and getting ourselves ready.”

The Super Rugby Pacific draw will be announced in coming weeks.

Key features of the Super Rugby Pacific competition structure are: