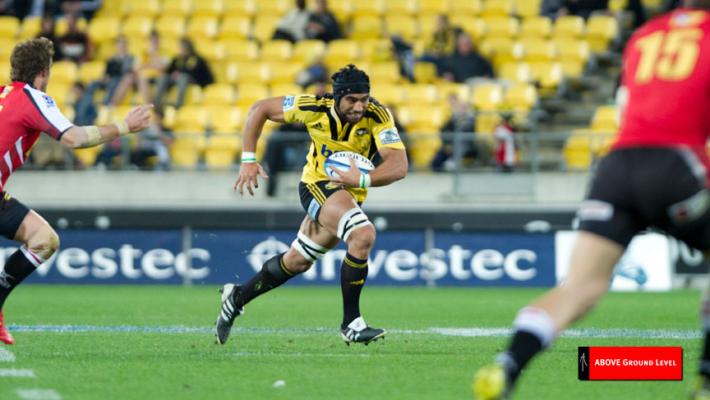 The Investec Super Rugby season starts this weekend for New Zealand teams, with the Hurricanes opening their campaign at 6.10 am (NZT) on Saturday morning against the Lions in South Africa.

The Ellis Park, Johannesburg clash is the first of two games in South Africa for the Hurricanes to kick-start the 2015 Super Rugby season.

This year, the Hurricanes are playing all teams except for the Brumbies and Cheetahs. With the Rugby World Cup later in the year, this season is more compressed than last year and the round-robin is concluded by mid-June.

Of the 27-strong touring party for the early season tour, five will make their Hurricanes Super Rugby debuts should they take the field. Hooker Brayden Mitchell (who previously played for the Highlanders), flanker Callum Gibbins, and backs Jason Woodward (previously with the Rebels), Nehe Milner-Skudder and Vince Aso are all Hurricanes newcomers. The Hurricanes also welcome back former players Rey Le-Lo (Crusaders last year) and Ben May (Japan). Ma'a Nonu also returns to the franchise this year from the Blues, but is on paternity leave until the second week of the Hurricanes' tour of South Africa.

The Hurricanes enter the 20th season of Investec Super Rugby eager to capture their maiden title - their sole final appearance being in 2006 against the Crusaders. They finished just outside the play-off zone last year, in seventh, with eight wins and eight defeats. A key for this year is for them to make a better start than in 2014 when they lost their opening three matches, including their first two in South Africa against the Sharks and the Bulls.

The Hurricanes face a Lions side on Saturday morning that was much more competitive last season than their 12th place finish indicates. With a record of seven wins and nine losses, the Lions enjoyed several strong outings in 2014. At home at Ellis Park, they won six of their eight matches, including their first three straight, against the Stormers (34-10), Blues (39-36) and Reds (23-20). They later had home wins against the Bulls (32-21), and thrashed the Cheetahs (60-25) in their last match. Lions head coach Johan Ackermann was this week honoured with the South African Coach of the Year award.

Last year, the Lions strengths were centred around their set-piece. Statistically, their 91 percent scrum success was the best in Super Rugby, and the 206 lineouts they won was the third best of the competition. Their No. 8 and captain Warren Whitely earned a Springbok call-up. Marnitz Boshoff kicked goals at 87 percent, including several whoppers from 50 metres plus, and he slotted eight drop goals. His likely match-up with Beauden Barrett in this season opener could be a telling factor. Barrett starts this season with 594 career Super Rugby points, so is closing in on becoming the 17th player to pass 600 career points.

The Hurricanes have won their last five encounters with the Lions, who they most recently met in 2012 and beat them 30-28 in Johannesburg, with Barrett kicking the match-winning penalty in the dying stages. Conrad Smith scored two tries in their 38-32 win there in 2009.

The Hurricanes have had two pre-season matches, beating the Crusaders 41-31 in Eketahuna, and losing to the Blues 32-29 in North Harbour. The Lions pre-season has consisted only of internal trials, therefore there will be plenty of interest with regards to who they put up to face the Canes in round one.