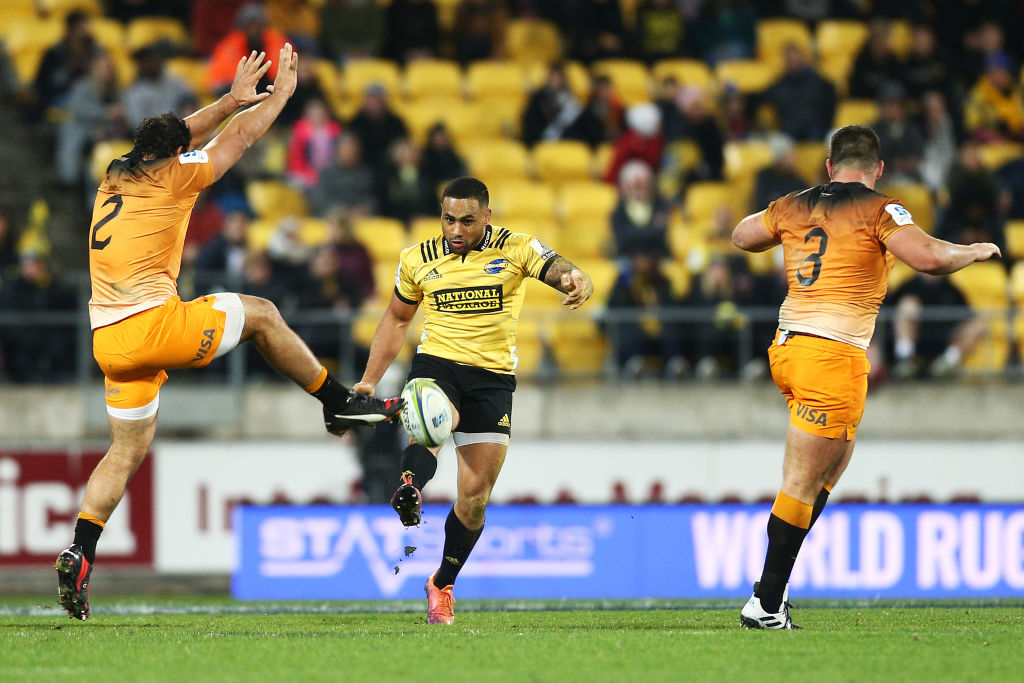 The Jaguares impressive form through parts of the Investec Super Rugby season hit a high note at Westpac Stadium on Friday night as they defeated the Hurricanes for the first time.

It would be hard to argue the Jaguares did not deserve their 28-20 win given their attitude to the collision areas and the breakdown as they forced the Hurricanes into mistakes.

The match had started brightly for the home side as Vaea Fifita gathered a kick put through to score in the corner.

However, the Hurricanes could not sustain the level of intensity they produced from the kick-off and they were under pressure and reduced to 14 men for 10 minutes after Jordie Barrett was yellow carded for deliberately pushing the ball dead.

The action also saw the Jaguares given a penalty try and they built on their lead the more the match progressed.

Behind 21-8 with time almost up in the first half the Hurricanes had a great opportunity to reduce the deficit but were held up just short of the line.

The Hurricanes started the second half well, though, and were over again when Ngani Laumape scored in the corner.

Mistakes came back to haunt the Hurricanes as time drew on as they failed to convert attacking lineouts while they also turned the ball over too many times at the breakdown.

There was a consolation try to Kane Le'aupepe with time up.

The Hurricanes now have a bye before they head to South Africa for matches against the Sharks and Bulls.