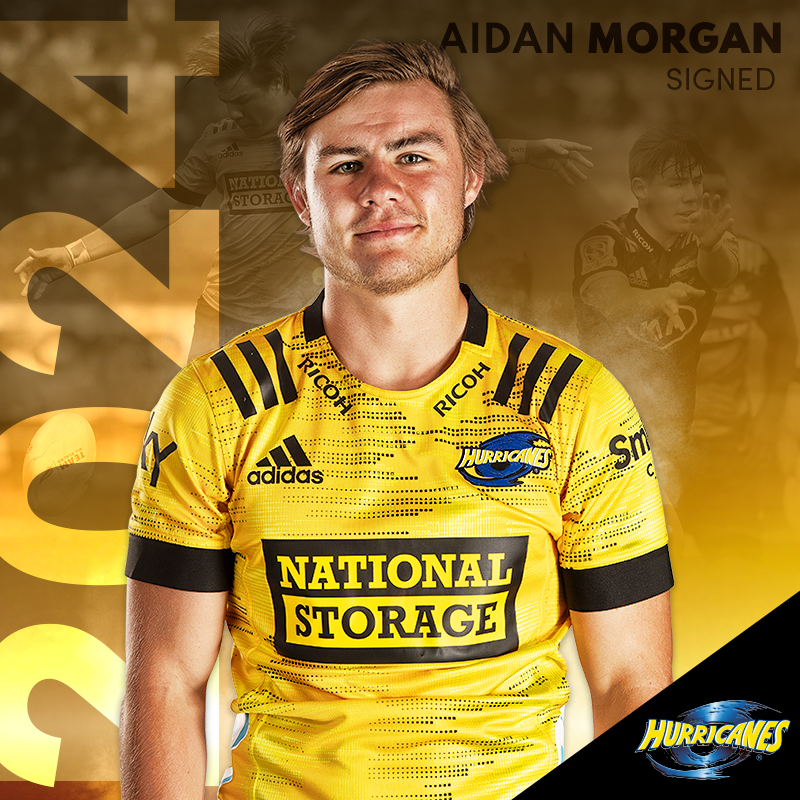 The Hurricanes are delighted to announce the signing of former Kings College 1st XV captain and New Zealand Under 20's first five-eighth, Aidan Morgan until 2024.

In 2019, the 19-year-old played a pivotal role in securing his school its first Auckland Schools championship title in 13 years.

Not long after, Morgan made his move down to the lower North Island in pursuit of a career in rugby.

“I came down to meet the coaches and see first-hand the Hurricanes environment. I felt very welcomed and the inclusive culture was evident.  I felt like the Hurricanes playing style and philosophy was in sync with mine. Both the Hurricanes and Wellington Rugby outlined a potential development pathway for me and helped connect me with Victoria University to sort out my commerce degree pathway as well. I felt like everything was aligned with where I wanted to go both in Rugby and with my studies.”

Morgan got his first taste of professional rugby when he debuted for the Wellington Lions in September 2020.

He’s also been training with the Hurricanes and has played for the Hunters squad. But, from 2022, Morgan will be an officially contracted Super Rugby player.

“I am so humbled and grateful for this opportunity to join the Hurricanes.  It’s a surreal feeling that really is a dream come true for me, but I am very aware that the hard work starts now as I strive to earn an opportunity which is exciting.”

Morgan says he’s been trying to develop his skills and learn as much as he can from the experience around him.

“Jackson Garden-Bachop taught me a lot about what to look for in opposition defences and how to structure an attack plan.  Additionally, with how fast the game is, teams put more emphasis on line speed, therefore I learnt how crucial executing skills under pressure is.“

“I know that there is a lot to learn in the professional environment and I want to ensure that I maximise the tools and feedback that are available. Just hoping to take each day as they come and keep striving to better myself each day,” Morgan says.

Hurricanes head coach, Jason Holland says Morgan has all the attributes and his desire to learn and improve is crucial to what makes him such an exciting future prospect.

“We were instantly impressed when we watched Aidan in his last year at King’s. He is well beyond his years in his ability to read the game and make excellent decisions. We look forward to having him with us full time in 2022 competing for the number 10 jersey.”