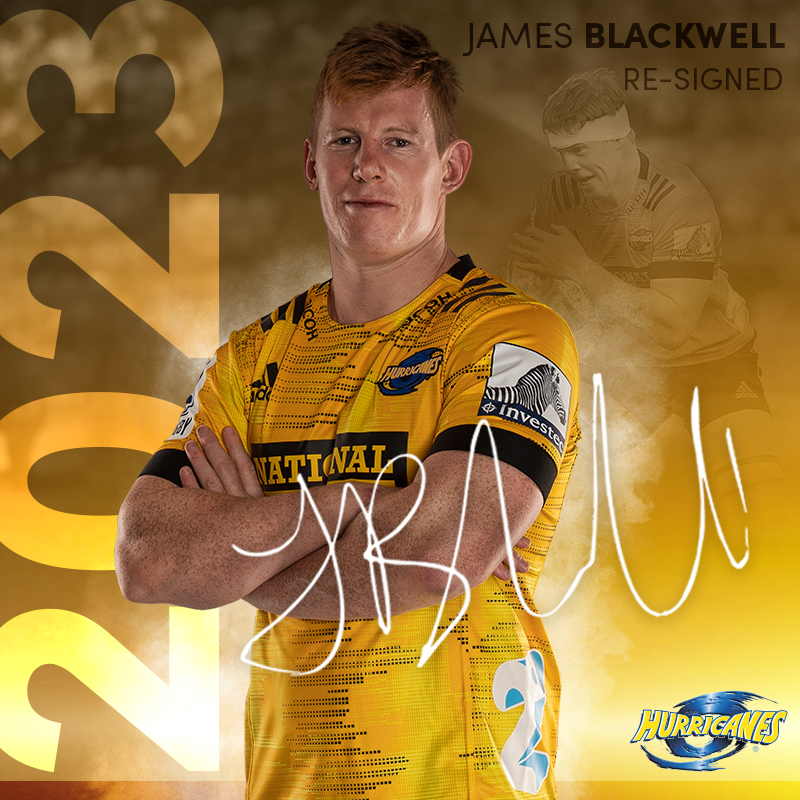 The Hurricanes are excited to announce the re-signing of James Blackwell for the next three seasons of Super Rugby.

The 25-year-old lock has signed on until the end of 2023 and says he’s delighted to extend his contract.

“I am incredibly proud to be part of the Hurricanes and to have the chance to live out a childhood dream and play for the club I grew up watching. The people at the club make it a special place to me and I feel privileged to continue my journey here.”

Blackwell has played 36 games for the Hurricanes since his debut against the Sunwolves in 2017.

In the time since, he’s established himself as a constant on the starting team list due to his high work rate both with ball in hand and defensively. His resilience and reliability saw him start in every Super Rugby Aotearoa match this year.

Head coach, Jason Holland says it’s those qualities that have turned him into a real leader.

“Blackie has an amazing work ethic and is an example for everybody to follow. He’s absolutely vital to our pack and is possibly one of the most underrated players going around.

“To have Blackie with the Hurricanes until 2023 is extremely pleasing and I look forward to seeing how far he can take his game.”

A born and bred Wellingtonian, Blackwell is currently competing in the Mitre 10 Cup as part of the Lions squad.

It’s a team littered with his Hurricanes teammates and he says it’s a fantastic opportunity to maintain the connections built during the Super Rugby off season.

“It’s really cool to keep up many of the combinations from the Canes with the Lions. It’s also fun to play against some of our boys who are from other provinces.”

And as for his ambitions for the 2021 season – Blackwell is dreaming big like many others in the squad.

“I want to help us win the Super Rugby title.”