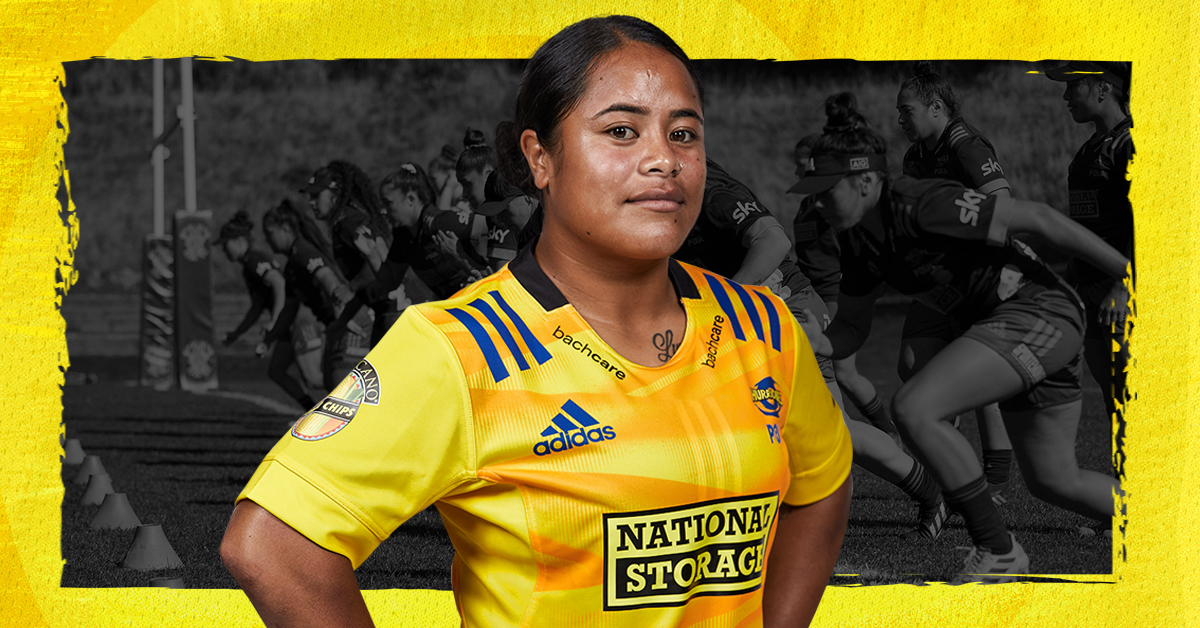 Head Coach Wes Clarke has named his team to kick off the Hurricanes Poua’s Sky Super Rugby Aupiki campaign on Tuesday against the Waitomo Chiefs Manawa at Hamilton’s FMG Stadium.

Having been forced to withdraw from the first round of matches, the match creates a historic first for the Hurricanes and presents an exciting opportunity for the team to enter the competition.

“We are really proud of our Hurricanes Poua, and it will be incredible to finally see our team play and get their competition underway. It’s an opportunity to unite and excite our club, community and inspire more girls to be involved in our great sport.”

25 players have been named, in line with the Sky Super Rugby Aupiki player welfare regulations.

Inspirational Black Ferns Sevens Captain Sarah Hirini starts on the openside, with the powerful duo of Layla Sae and Kaipo Olsen-Baker at six and eight.

“It’s exciting to see players like Kaipo Olsen-Baker come back from a serious ACL injury when she was certainly one of the rising stars of New Zealand rugby. Gossy [Sarah Hirini] is back playing 15s for the first time since the World Cup in 2017, so it will be great to see her back on the park,” said Clarke.

In an all-international back three – the electric Ayesha Leti-I'iga, Cheyelle Robins-Reti and Selica Winiata round out an exciting XV, named by Coach Wes Clarke.

On an extended reserves bench – up to 10 players will be looking to add their impact with Black Fern Te Kura Ngata-Aerengamate, Esther Tilo-Faiaoga and Ngano Tavake covering the front row.

The elder of the Sturmey sisters, Kahurangi will cover the locks, while Pahiatua born Sam Tipene, and athletic Manawatū loosie Rhiarna Ferris round out the forward replacements.

In the backs – Manusina and former Queensland Reds half-back Ana Afuie will be keen to add to her Super Rugby caps. Teilah Ferguson will inject a strong running game in midfield, alongside experienced Black Ferns Sevens and Defence Blacks outside Crystal Mayes and the younger Sturmey sister, Rangimarie.

“It will be a goosebump moment when the whistle blows, and we see the very first Hurricanes women’s team take the field,” said Clarke.

“This has been a long time in the making, so it’s good to finally be here.”

“We are so proud of our inaugural Hurricanes Poua.”

“It’s a really special occasion for our club, and we know what it means for the players, their families, and rugby in New Zealand.”