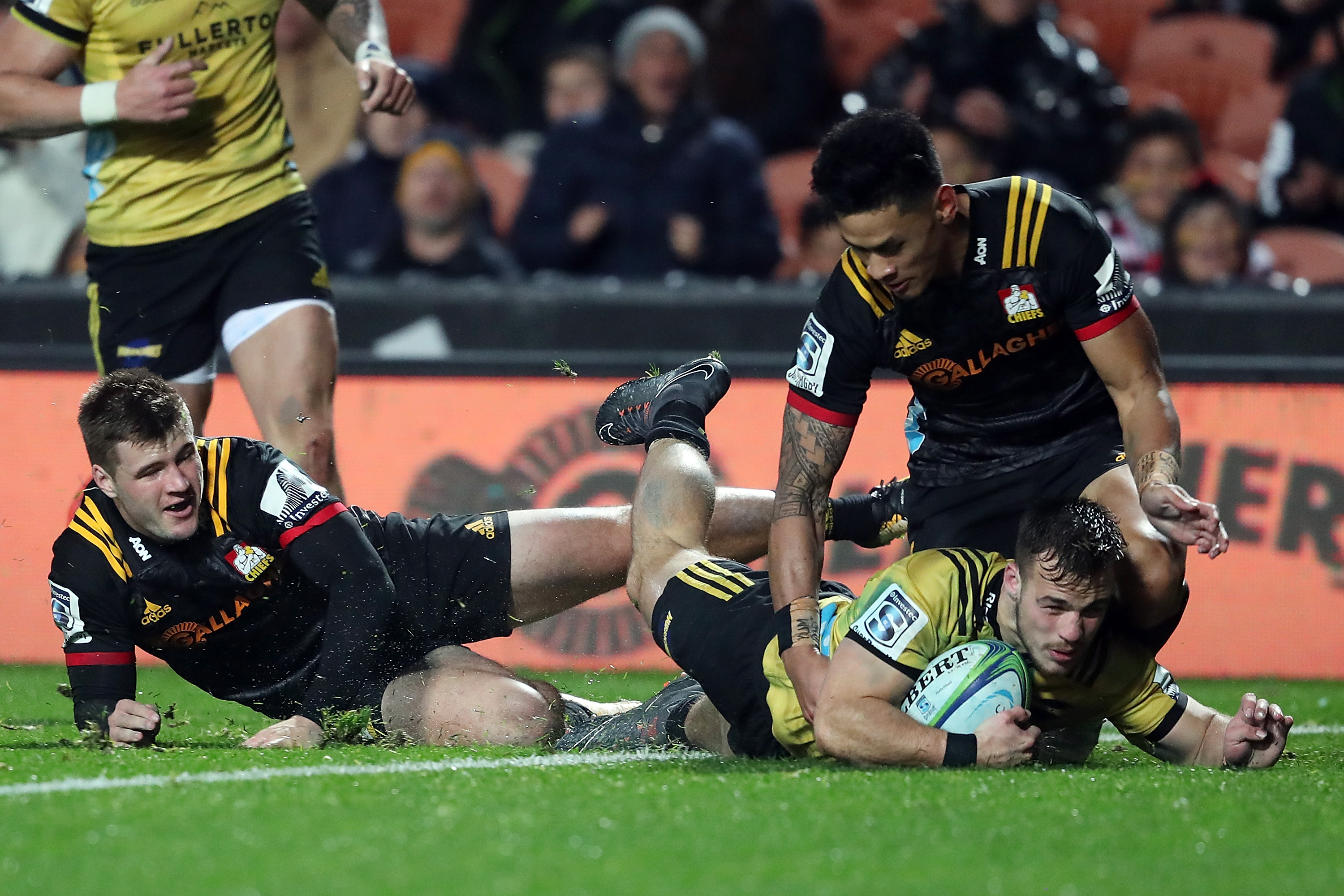 Hurricanes look to home quarter-final after narrow loss to Chiefs

The Hurricanes will look to maintain their proud home record when they host the Chiefs in their Investec Super Rugby quarter-final after they qualified fourth at the end of their round robin campaign.

A narrow 28-24 loss to the Chiefs at FMG Waikato Stadium on Friday night was enough for the Hurricanes to ensure they head home for what promises to be a blockbusting play-off match.

Things did not start well for the Hurricanes after they found themselves down 21-0 but they showed plenty of character in the second half to put themselves into a position to win the match.

Two quality tries to Wes Goosen and Blade Thomson was followed by a short range effort from veteran Ben May as the Hurricanes dragged the score back to 21-19.

It set up an exciting finale to the match after the Chiefs were reduced to 14 men after Johnny Fa'auli was red carded after his shoulder made direct contact with Goosen's head.

The incident saw Goosen have to leave the field but the Chiefs still managed to come back with a try to Mitch Karpick to give the home side a decisive lead.

Hurricanes wing Julian Savea crossed with time almost up and despite a quick conversion being taken from the sideline, there was not another opportunity for the visitors to try and grab a victory.

While the Hurricanes will be natually disappointed at not being able to leave Hamilton with the win, they showed in the second half they will be tough to beat at Westpac Stadium where they have not lost all season.