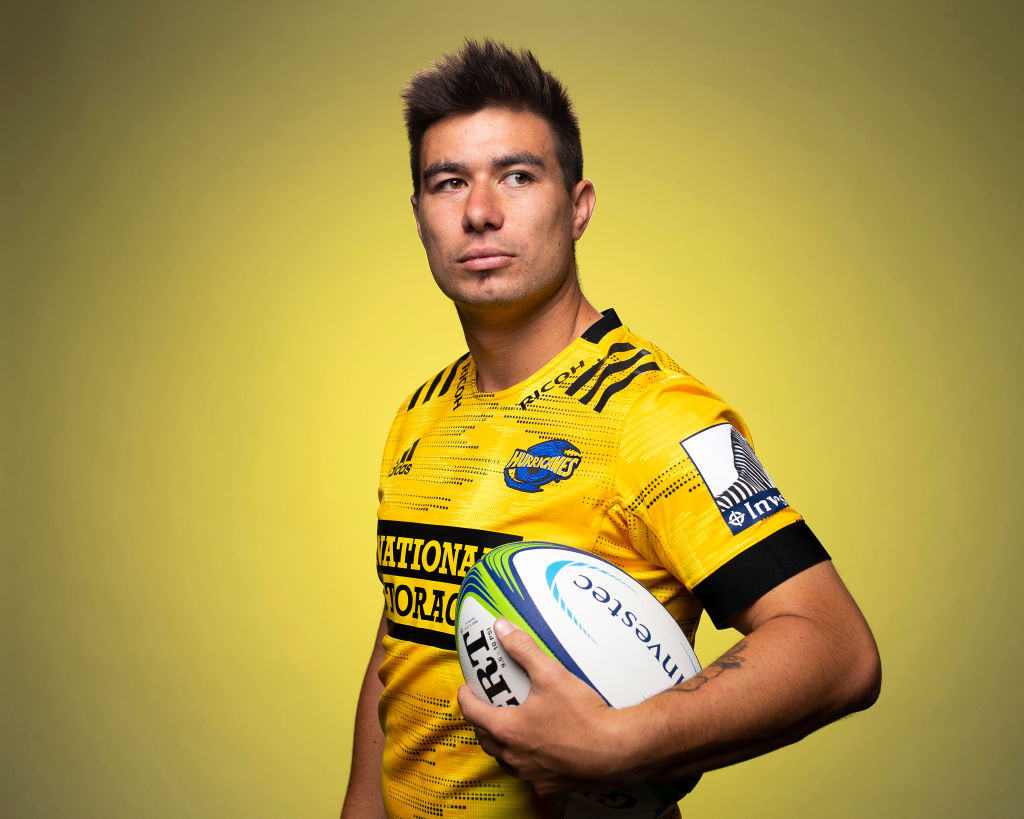 The 25-year-old first-five joined the Hurricanes in 2018, after he played a crucial role in the Wellington Lions’ Mitre 10 Cup win the year prior.

Once a Scots College star, Garden-Bachop is a born and bred Wellingtonian – with rugby in his DNA.

“Being a Hurricane is something I always dreamed of. To be able to do it in the same jersey that Dad wore is massively special and something I take huge pride in.”

Since his debut against the Jaguares two years ago, Garden-Bachop has gone onto play 17 games in the Hurricanes jersey and has assumed a regular starting role throughout the 2020 season.

“There is no substitute for experience at first-five, so getting consistent opportunity from Alfie [Jason Holland] and the other coaches has let me grow into a more confident game driver. Also, the senior boys around me helped a lot and there were times when I had to lean on them, but other times when they showed a lot of trust in what I’ve been doing.”

Whilst Super Rugby Aotearoa may have been a formative season for the burgeoning talent, Garden-Bachop hopes his good form will continue throughout next season.

“I just want to keep growing as a person and as a player. Whether I am the number 10, 22 or even in the Hurricanes Hunters, I want to make sure the boys see me working to get better all the time. If I am in the starting role then I want to lead the team around the field confidently.”

Head coach Jason Holland says Garden-Bachop is thriving with his responsibilities of running the Hurricanes’ game.

“He is thorough in his homework during the week and his game management is excellent as a result.”

Holland is excited about what the next year will bring for the playmaker.

“Improved consistency in his passing and kicking game has been key to Jacko earning the number 10 jersey. He needs to continue to work hard at his game and can really fulfil his potential in 2021.”

The Hurricanes have been denied a sixth consecutive win by a classy Highlanders outfit in Dunedin.

It was only four-minutes into the first half when...