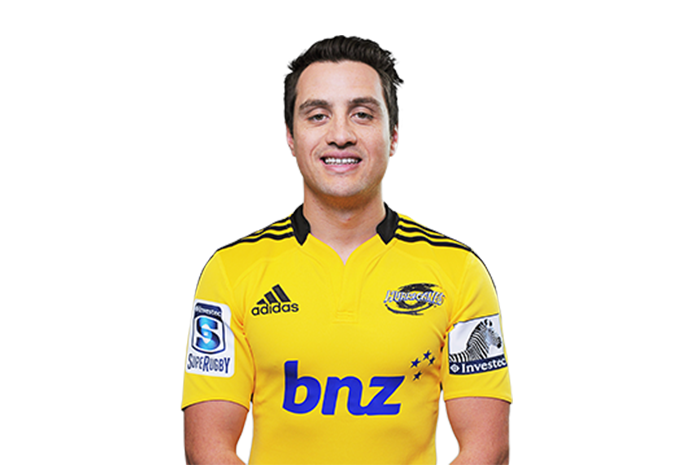 Former Crusader Tim Bateman returned from Japan to join the Hurricanes in 2012 and quickly became an instrumental part of the backline in his three seasons at the Hurricanes.

Playing outside the rookie halfback and first five-eighth combination of TJ Perenara and Beauden Barrett, Bateman’s creativity and vision and previous Super Rugby experience proved valuable assets all season. Bateman played in 15 matches and played in his 50th Super Rugby match (35 for the Crusaders) in the Hurricanes’ last match of the season against the Chiefs, marking Sonny Bill Williams.

He returned to the Hurricanes for his second season in 2013, starting at second five in 11 of their first 12 competition games. A late season injury curtailed the back end of his year.

He returned to play a full season at centre for the Wellington Lions in the ITM Cup before captaining the Maori All Blacks on their two-match tour of North America.

His playing time in 2014 was restricted by a knee injury, but he still managed another 10 appearances, before moving to Japan with his family to play for the Coca-Cola West Red Sparks.

The midfield back, who also has 38 appearances for Canterbury under his belt, had been playing for the Coca-Cola West Red Sparks in the Top League since 2010 before returning to New Zealand to the Hurricanes.

Bateman, a former Head Boy at Christchurch Boys’ High School, spent two years in the New Zealand U19 side in 2005 and 2006 and one year in the New Zealand Colts when that side lost 13-16 to Canada in Rotorua. He announced his debut for Canterbury in 2006 by scoring a hat trick in an 80-15 Ranfurly defence against South Canterbury and scored six tries overall in six appearances in his rookie season.

A swift attacking midfielder, he made his Super Rugby debut in 2007 - making three appearances in his rookie season, before playing for them another 32 times between 2008-2010. Bateman made his New Zealand Maori debut at the 2008 Pacific Nations Cup.

He went on to play a key role for the Wellington Lions in the 2012 ITM Cup, making 11 appearances, before joining the Maori All Blacks for their end of year tour to the UK.