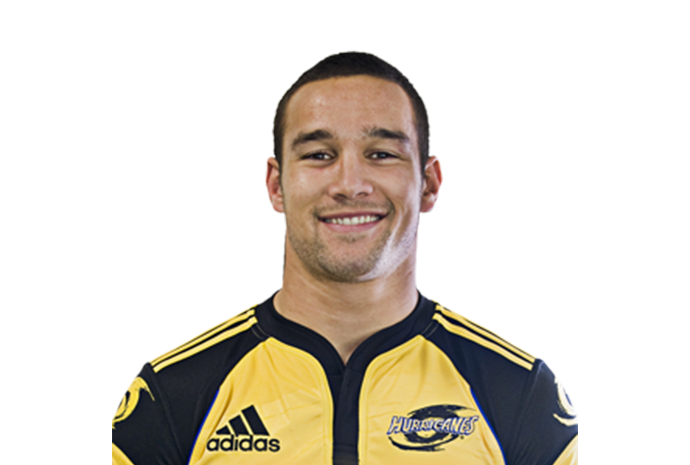 Hurricanes utility back Tamati Ellison brought the curtain down on lively and successful five year career in the Hurricanes that saw him involved in three semi-finals and one final and reach 50 Super 14 appearances.

Ellison left to take up a contract with the Ricoh Black Rams in Japan after a season spent mainly on the right wing in which he missed just two games.

Previously, Ellison's outstanding 2009 Super 14 season was rewarded with captaincy of the New Zealand Juniors team to play in the Pacific Nations Cup in June and July.

It then got better for Ellison when he made his made his All Blacks debut against Italy on the 2009 end of the end of year tour, playing that Test and again against the Barbarians in the last match. Returning to New Zealand in 2012 to play for the Highlanders, he made the All Blacks and played in a further three Tests including in a starting role in the last Test of the year against Scotland, won 51-22.

Ellison played a full part in the Hurricanes 2009 campaign and was a major contributor in them once more reaching the semi-finals - not least by scoring the try on fulltime that gave the side a dramatic 28-27 win over the Force in Perth in round eight. All up he scored six tries in 14 games for the Hurricanes in 2009 after previously scoring none in his first 27 appearances from 2006-2008. He appeared on the wing and as a more than capable deputy at fullback for Cory Jane when he was injured and sidelined for a handful of games.

Ellison originally made his Super Rugby debut in 2005 for the Blues while a member of the Hurricanes Wider Training squad. Called into the Blues as an injury replacement, he took the field as a substitute in their last match of the season against the Waratahs.

Full Hurricanes selection was soon forthcoming for the versatile and extremely skilful Ellison, capable of playing as a first five-eighth, midfielder or a fullback. One reason he has been in hot demand ever since, playing for the New Zealand Sevens side in 2005 and 2006, for the Junior All Blacks in 2006 and for New Zealand Maori in 2005 2007 and 2008, selected as co-captain of the Maori in 2008 alongside Waikato's Liam Messam.

He debuted for the Hurricanes in 2006 fresh from winning gold for the New Zealand Sevens team at the Melbourne Commonwealth games and impressed with his flair and vision in several eye-catching appearances off the bench, resulting in his Junior All Blacks call-up.

He made his first class debut for the Vodafone Wellington Lions in 2003 against Auckland in the NPC final and has so far played 44 times at provincial level.

As captain of the Lions in 2007 he led them to the final of the NPC against Auckland and won the Wellington Player of the Year award.

In 2012 Ellison returned to New Zealand and to the Highlanders, playing for them in 2012 and 2013 before announcing plans to return to Ricoh in Japan.

Ellison joined his fourth Super Rugby franchise in 2014 when he moved to the Melbourne Rebels.

Ellison is the grandson of 1947-1954 All Black Vince Bevan, the son of Wellington B coach Eddie Ellison, who also coached the 2006 champion Northern United club team in Wellington who Tamati and his brother Jacob play for, and a relation of New Zealand rugby great Tom Ellison who once wrote a book called The Art of Rugby.