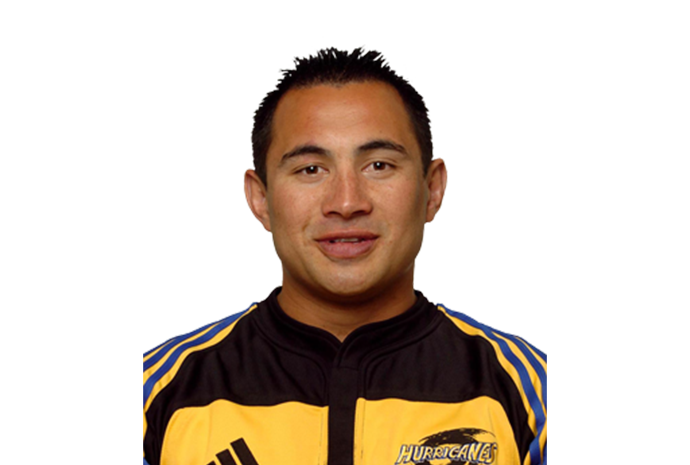 New Zealand rugby fans didn't see enough of the multi-talented Riki Flutey before he moved overseas to London Irish at the end of 2005. Flutey was only 25 when he left but had packed a lot into his New Zealand rugby career, originally as a halfback, then as a first five-eighth and finally as a fullback.

But for all that the gifted Flutey was for too long used as a utility player or as a super-sub on the bench backing up either halfback Jason Spice or first five David Holwell Then when his tilt as first choice flyhalf arrived a new crop of players were already coming through behind him. Ironically it was a switch to fullback that gave Flutey the chance to shine, standing out with his graceful running, excellent vision and sound tactical left boot. Then he was off overseas.

In January 2007 Flutey announced his shift at the end of the Premiership season from London Irish across town to Loftus Road for a two-year contract with Wasps. Flutey's older brother Mano was also a first class first five-eighth, originally for Hawke's Bay, then as a key part in East Coast's famous success in the late 1990s and early 2000s.

In September 2008 the 2007/08 Wasps' Player of the Year qualified for England on the grounds of residency and on 4 November was selected at second five-eighth for England against the Pacific Islands at Twickenham, and then opposed the All Blacks in a 6-32 loss, marking former teammate Ma'a Nonu.

In 2009 he was selected in the British and Irish Lions side for their tour of South Africa.

He moved to France for the 2009/10 French Top 14 season to pay for Brive, but didn't have a happy time of it - making just five appearances due to two shoulder injuries. Subsequently he was let go early from his two year contract and after a northern summer recuperating rejoined Wasps in 2010/11.

His comeback in England was marred by an eight-week long calf injury, but he was back on the field again for Wasps in December 2010.

Flutey suffered a further setback in August 2011 when he was left out of England's 30-man squad for the Rugby World Cup in his homeland, in part a victim of a 17 forwards - 13 backs split in the 30-player squad. Instead, he remained in London to start the new season with Wasps.

An ankle injury prematurely ended his season in England in 2011-12. After 14 Tests for England and 81 matches for Wasps he departed to take up a contract in Japan with the Ricoh Black Rams.

Flutey returned home to Wellington in 2014 to take up a coaching and playing role with his home Petone club, while injury prevented him also returning to play for the Wellington Lions in the 2014 ITM Cup.