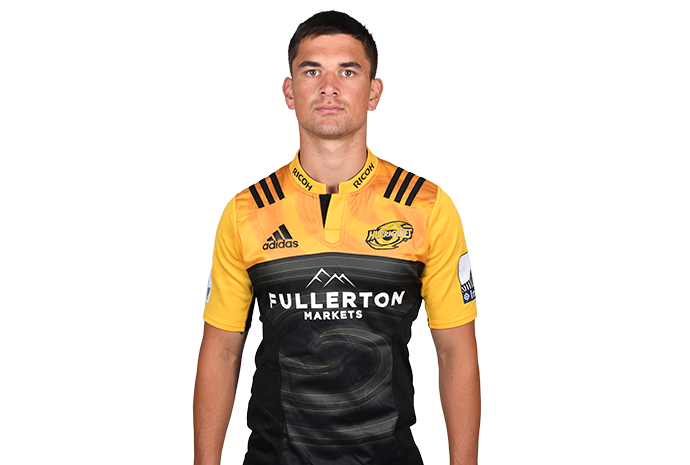 Born in Palmerston North, Black began his rugby career at the local College Old Boys Club and after scoring an impressive 223 points in sixteen games, he was promoted to the Manawatu Turbos ITM Cup side for 2014.

His debut campaign with the Turbos was successful for both him and his team. Manawatu finished their season top of the ITM Cup Championship division and were promoted to the Premiership for 2015 following a play-off victory over Hawke's Bay.

Black received the call up to be part of the Hurricanes' wider training squad in 2015, and got a chance to make his Super Rugby debut after a knee injury sidelined Beauden Barrett versus the Rebels in Wellington.

He made four appearances for the Hurricanes in 2015, scoring 17 points, and impressing with his composure and general ability to run the game plan, particularly against the Blues at Eden Park.

Despite being second choice first five after World Rugby’s Player of the Year Beauden Barrett, Black was part of the 2017 Hurricanes squad before opting to transfer to the Blues.

CAPTION: Otere Black kicks for touch against the Waratahs in round 7 of the 2017 Investec Super Rugby season. PHOTO: Getty Sport

Song
Stuck on Stupid
Band
NZ Reggae
Movie
Braveheart
Holiday Destination
Ohope
Food
Chinese
Sport Team or Individual
Wairere Touch Club
Wish
Fly, so I can fly everywhere
Hobbies
Fishing, chilling with family and friends
If you weren't a professional rugby player, what would you be?
Studying
What's on the top of your bucket list?
Win lotto
If you could invite any three people to a dinner party, who would they be and why?
My partner, Michael Jordan, Obama
Your biggest fear is
Big spiders and snakes
If you could live a day in anyone else's shoes, who would it be?
Obama
If you could have one super power, what would it be? Why?
Fly, so I could fly everywhere

Earliest Rugby Memory
Early Saturday morning in bare feet
Position When Younger
12
Most Admired Rugby Player
Johnny Wilkinson
Most Memorable Rugby Moment
Winning the ITM Cup Championship final with the Turbos / NZ U20 World Cup
Worst Rugby Room Mate
Vince Aso
Why did you start playing rugby?
Bought up around rugby
Best thing about being a professional rugby player
Get to do what I love
Best piece of advice you have been given (Rugby or Personal)
Work hard and results will come
What would you say to someone who one day wanted to be a Hurricane?
Work hard on and off the field