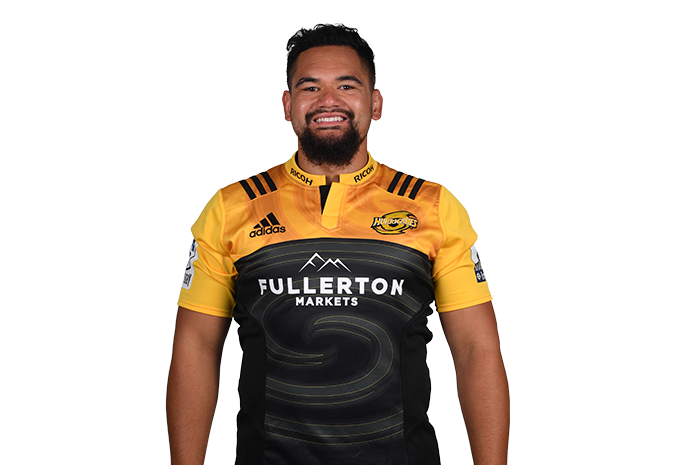 During his High School years, Apisai balanced playing first XV rugby for Wellington College with turning out for Wellington at age group level, including captaining their U16 side.

The young hooker from Porirua first played provincial rugby aged 18 during the 2014 ITM Cup, making two appearances and one start. The 2015 season, Although was one of disappointment for his team, for Apisai personally, it saw him take advantage of Motu Matu'u's involvement with Samoa in the 2015 Rugby World Cup to establish himself as the Lions first choice in the number 2 jersey, playing all 12 games during the season and scoring 2 tries.

After just two provincial appearances for Wellington, Apisai was named as part of the Hurricanes wider training group ahead of the 2015 Super Rugby season. Given his lack of top-level experience at age 19, he was unable to take to the field at any point during his first year, taking the role of fourth choice rake behind; Dane Coles, Motu Matu'u and Brayden Mitchell.

Doors began to open for him ahead of the 2016 season as Apisai was left temporarily as the Canes first choice No 2 and debuted in week one of the season against the Brumbies in Canberra.

Apisai started the first three games of the year and played a total of five matches in his first season as a member of the Canes senior squad.

Apisai was a New Zealand Schools representative in 2013 and later captained the New Zealand U20s side which finished fifth in the 2016 World Rugby Under 20 Championship in England, scoring 1 try in 5 matches.

In October 2016 Apisai, who affiliates to the Ngāti Awa iwi, was named in the Māori All Blacks squad for their end of year tour to the Northern Hemisphere. He debuted as a replacement for the Māori captain Ash Dixon in a 27-14 defeat by Munster on 11 November 2016.

CAPTION: Leni Apisai in action during the 2016 Investec Super Rugby Final against the Chiefs at Westpac Stadium. PHOTO: Getty Sport

Song
Stuck on Stupid - Sons of Zion
Band
1814
Movie
Remember the Titans
Holiday Destination
Hahei, Coromandel
Food
Roast Lamb
Sport Team or Individual
Kevin Durant - OKC Thunder
Hobbies
Volleyball, chilling with friends and family
If you weren't a professional rugby player, what would you be?
A physio for the Hurricanes, so i could still be part of the team
What's on the top of your bucket list?
Travel the world
If you could invite any three people to a dinner party, who would they be and why?
Michael Jordan - because he's the man, Dwayne The Rock Johnson - I've always wanted to meet him, Channing Tatum - so he could say "my name is Jeff"
Your biggest fear is
Heights
What's your most embarrassing moment?
Tripping over the stairs going on stage at school assembly
If you could live a day in anyone else's shoes, who would it be?
Mike Kainga - I'd love to live the life of a panda
If you could have one super power, what would it be? Why?
Fly - bets travelling in a plane

Earliest Rugby Memory
Playing backyard footy with the cousins
Position When Younger
Prop, 12
Most Admired Rugby Player
Kevin Mealamu
Most Memorable Rugby Moment
Winning JH U19 tournament
Worst Rugby Room Mate
Dane Coles
Why did you start playing rugby?
Because my dad and brother played
Best thing about being a professional rugby player
I do what I love every day
Best piece of advice you have been given (Rugby or Personal)
Hard work beats talent, if talent fails to do hard work
What would you say to someone who one day wanted to be a Hurricane?
Train hard and back yourself