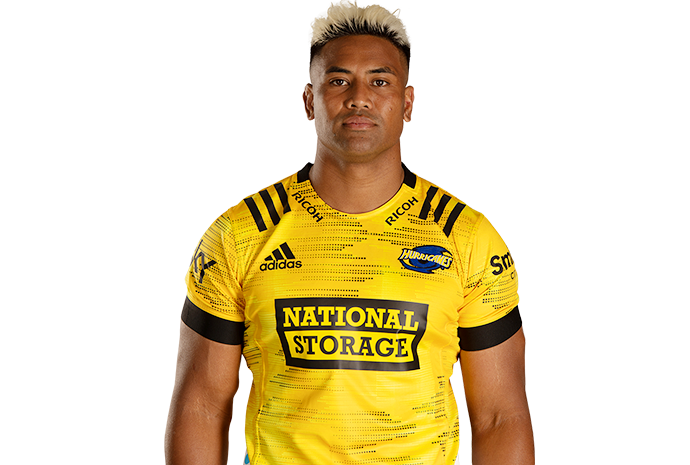 Blessed with blistering pace and a great step, the Former All Black and Hurricanes wing, drew comparisons with All Black great Jonah Lomu during the early stages of his career.

Having made his representative bow as a member of Gordon Tietjens' Sevens squad in 2009, Savea graduated to the successful Baby Blacks squad at the Junior World Championship the following year and was named Young Player of the Year by the International Rugby Board.

His provincial debut, for Wellington, followed, along with a call-up to the Hurricanes, debuting against the Highlanders in 2011.

After a strong start to the 2012 Super Rugby season, Savea earned a spot on Steve Hansen's first All Blacks squad.

From 2011 to 2018, when he moved to France, Savea scored 52 tries in 121 matches for the Hurricanes. Julian returned from France in 2021 and began playing for Wellington before signing with the Hurricanes mid-season.

Today, Savea is the second most capped and highest scoring Hurricane in the franchise's history – tallying 130 appearances and 57 tries.

Song
Young Homie - Chris Rene
Band
Everyone
Movie
Orator
Holiday Destination
Bora Bora
Food
Prawns and Rice
Wish
To own a McDonalds
Chores as a kid
Dishes
Hobbies
Dancing like Michael Jackson
If you weren't a professional rugby player, what would you be?
LeBron James

Position When Younger
Flanker - Under 12s
Most Admired Rugby Player
Joe Rokokoko
Biggest Rugby Influence
Mum and Dad
Most Memorable Rugby Moment
Bumping Izzy Dagg off twice in one game
Worst Rugby Room Mate
Myself because I snore loudly
Why did you start playing rugby?
Family was all into it, especially my dad
Best thing about being a professional rugby player
Fitness and friendships
Best piece of advice you have been given (Rugby or Personal)
Never give up!
What would you say to someone who one day wanted to be a Hurricane?
Do the extras!