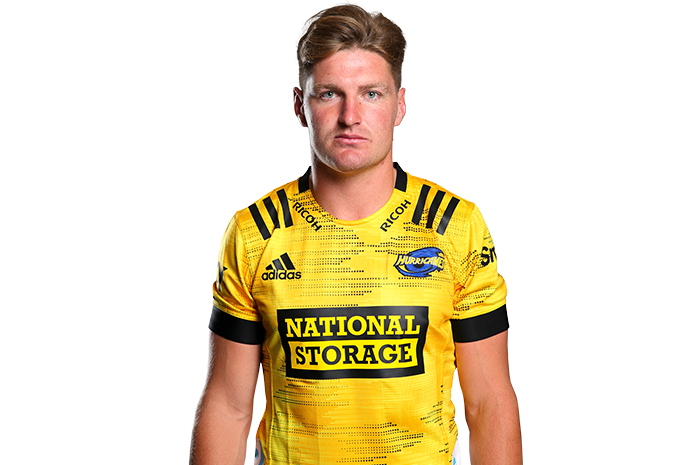 Jordie Barrett burst onto the Super Rugby scene in 2017 with a breakout season at fullback.

After gaining an opportunity due to an injury to Nehe Milner-Skudder, Barrett showed he was physically and mentally ready for his Hurricanes debut, playing 17 matches and scoring 135 points in his debut season before being selected in the All Blacks.

He was injured during the All Blacks series against the British and Irish Lions and had surgery before returning to Super Rugby in 2018, covering several positions, including moving into the midfield. Barrett is also a very accomplished goal kicker and had scored 189 points by the end of the 2018 Super Rugby season.

He had extended that points record to 212 by round eight of 2019 while also adding to his versatility value by starting several times on the wing.

Barrett's game went to another level for the Hurricanes in 2020 and he was rewarded with number 15 jersey for the South in the highly anticipated Steinlager North v South clash.

Born into a rugby-mad family, Jordie Barrett is the younger brother of fellow All Blacks Beauden and Scott and one of eight Barrett siblings. The Barrett brothers’ dad Kevin “Smiley” Barrett played 167 games for Taranaki and played for the Hurricanes.