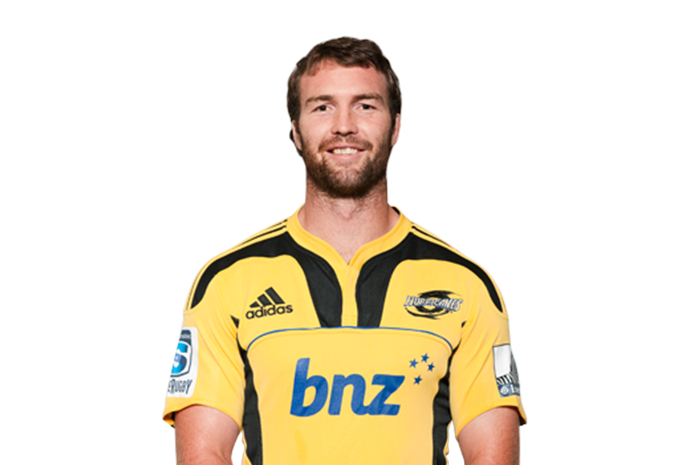 Lock Jason Eaton was one of four players (also Ma'a Nonu, Tamati Ellison and Alby Mathewson) to take the field in every game for the Hurricanes in the 2009 Super 14, his fourth season with the team, notwithstanding a serious knee injury which curtailed his 2007.

He had returned to play a full part for the Hurricanes in 2008 after missing most of 2007 through injury, which also dashed his Rugby World Cup hopes. In fact, When he packed down against Wales in November 2009 he was making his first start in the black jersey since 2006, the year he had made an immediate impact when he was first selected into the Hurricanes as an already rookie All Black.

But his 2010 season proved a disastrous one for him, suffering another serious knee injury in just his second and the team's third match of the year against the Lions in Wellington and was forced to the sideline throughout the remainder of the competition.

The all-action Taranaki lock and part-time blindside flanker scored two tries in his second Super 14 match against the Western Force on his home ground of Yarrow Stadium in New Plymouth. He went on to play in every match in his debut season and played a major part in the Hurricanes reaching their first Super Rugby final against the Crusaders.

Previously Eaton had been selected for the All Blacks end-of-year tour to the UK and Ireland with no Super Rugby experience and just one season of NPC rugby for Taranaki.

But such was his form for the amber and blacks his selection couldn't be ignored. At over two metres tall, Eaton is a true lineout winning forward, and also a standout as an extremely mobile lock with a rapid turn of pace.

He went on to play in the tests against Ireland, England and Scotland and was subsequently awarded the 2006 International Rugby Players' Association's (IRPA) International Newcomer of the Year award. In 2006 he played seven tests, including all four against Australia, and was in the squad of 22 conditioned All Blacks who sat out the first half of the 2007 Super 14 - before a knee injury while playing against the Highlanders ended his season and dashed his World Cup hopes.

He made his return to the All Blacks in their end of season tour in 2008 and was selected in the Junior All Blacks in June 2009 for their Pacific Nations Cup campaign.

While his rise to the All Blacks and the Hurricanes was meteoric, Eaton had been learning his trade at provincial level for four years. He first represented his home province Manawatu in 25 appearances, before transferring to Stratford and Taranaki in 2004 and was named Forward of the Season for the Taranaki Second XV in 2004.

A member of the Hurricanes Development Team in 2005, Eaton made his Taranaki provincial debut against the British and Irish Lions and played in all 10 NPC matches in 2005.

Eaton, whose grandfather Bevan Jones played 135 games for Wanganui, Taranaki and Manawatu between 1949-1959, enjoyed a mostly injury free 2011 Super Rugby season. He backed up with a full campaign for Taranaki in the 2011 ITM Cup, where he played in all 10 of his side's matches, assuming the vice captaincy and helping them finish third and win the Ranfurly Shield.

In September 2011 he was named as the Taranaki Player of the Year, returning to the Hurricanes in 2012 and starting in 14 of 16 matches at lock.

After another 11 starts at lock in 2013, Eaton left for Japan on a six-month contract to play for the NTT Shining Arcs.

He then went on to play in France where he retired in 2018 before moving into coaching.