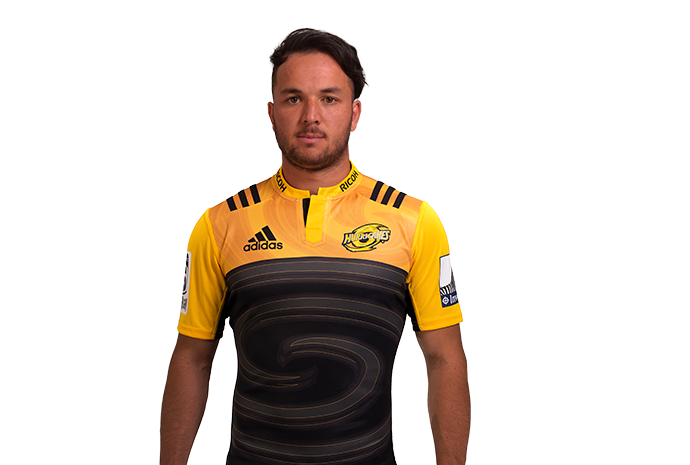 New Zealand Maori halfback Jamison Gibson-Park made the shift from the Blues to the Hurricanes in 2016 after three seasons with the Auckland-based club.

Gibson-Park was one of a number of players who venured from Gisborne Boys' High School to Taranaki to be part of the union's academy.

He soon graduated to Taranaki's ITM Cup team where his perfofmances saw him picked up by the Blues.

In all, Gibson-Park made 16 appearances for the Hurricanes before he opted to make the move to Leinster, not before he helped the club win its first Super Rugby title.

Song
Poi E
Band
Fat Freddy's Drop
Movie
Happy Gilmore
Holiday Destination
Anywhere in Europe
Food
Seafood
Sport Team or Individual
Tiger Woods
Hobbies
Golf, diving
Pets
Dog - Mahi
If you weren't a professional rugby player, what would you be?
Travelling the world
What's on the top of your bucket list?
OE
If you could invite any three people to a dinner party, who would they be and why?
Tiger Woods, Kevin Hart, Biggie
Your biggest fear is
Failure
If you could live a day in anyone else's shoes, who would it be?
Tiger Woods
If you could have one super power, what would it be? Why?
Fly

Earliest Rugby Memory
Bare feet. Freezing cold
Position When Younger
First five
Most Admired Rugby Player
Christian Cullen
Most Memorable Rugby Moment
ITM Premiership 2014
Worst Rugby Room Mate
Angus Toavao
Why did you start playing rugby?
Loved it
Best thing about being a professional rugby player
Waking up every morning and getting to do what you love
Best piece of advice you have been given (Rugby or Personal)
Chase your dream
What would you say to someone who one day wanted to be a Hurricane?
Make it reality