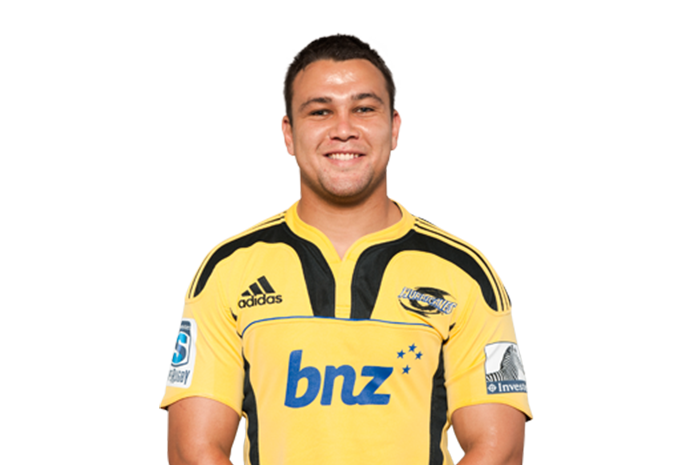 Jacob Ellison played a true captain's hand for the Vodafone Wellington Lions in 2009 when he answered an injury crisis in the team's locking department and moved from loosehead prop to the second row for the second half of the competition. This positional switch was nothing new to Ellison, who had previously made a successful conversion from loose forward to loosehead prop in 2007 and made the Hurricanes for the first time in 2008, less than a year after this move.

Ellison's original selection earned Hurricanes selection in 2008 on the back of an excellent debut season for the Wellington Lions in the 2007 Air New Zealand Cup. He has since backed that up with a strong second season, missing selection in the playing 22 in just two games in 2009.

He was consequently selected in the Junior All Blacks squad to contest the Pacific Nations Cup in mid-2009.

He played his third season with the Hurricanes in 2010, ending the campaign on 30 caps but still searching for this maiden try. He was named in the 2010 New Zealand Maori side in late May.

Ellison missed most of the 2010 ITM Cup with Wellington due to injuries but was back in the Hurricanes for 2011. At the end of 2011 he left Wellington for Otago and was set to feature in the Highlanders' Wider Training Squad for 2012.

Ellison was one of a clutch of young players to stand out in the new-look Lions forward pack in 2007 in the absence of World Cup absentees Neemia Tialata, Jerry Collins, Rodney So'oialo and Chris Masoe and injured lock Ross Filipo. He made nine Air New Zealand Cup appearances, including starting roles in all three playoff matches against Southland, Canterbury and Auckland.

Ellison was previously playing his rugby as a lock or flanker when in 2005 the Wellington Rugby Academy Coaches put the idea of a switch in position to him. Then after an off-season in Ireland playing predominantly as an openside flanker and a Wellington club season and stint in the Wellington Colts on the flank he made the move.

Jacob is the younger brother of Hurricanes and All Blacks midfielder Tamati Ellison.

The Ellison's become the sixth set of brothers to be selected for the Hurricanes, and the fifth to play in together in the same season. Other Hurricanes brothers and teammates at the same time have been Simon and Tim Mannix (1996), Filo and Ace Tiatia (1999), Gordon and Andy Slater (2000) and Thomas and Scott Waldrom (2005 and 2008). Reuben Parkinson (1999) was a Hurricane one year ahead of his brother Matua (2000).

The Ellison's maternal grandfather Vince Bevan was a Wellington and All Blacks halfback in the 1940s and 1950s and great-grandfather Tom Ellison was New Zealand rugby pioneer: captain of the first national team to Australia in 1893, an early exponent of the once common 'wing forward' position and author of an early rugby bible, The Art of Rugby.