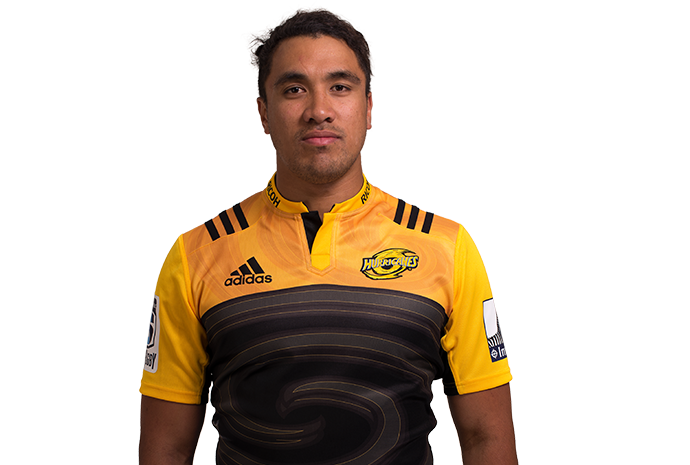 A New Zealand Sevens rep in 2012, Iopu Iopu-Aso got his 15-a-side break when he moved to Taranaki from Auckland in 2014.

A talented loose forward who could play a number of positions, Iopu-Aso made 23 appearances for Taranaki, including appearing in the 2014 ITM Cup final against Tasman before he was injured.

Nevertheless, his form throughout that season saw him offered a Hurricanes contract.

Unfortunately for Iopu-Aso, he injured his shoulder, needed surgery and never appeared. He eventually decided to leave Taranaki and take up a contract in Japan.

Song
Any slow jams
Band
Brian McKnight
Movie
Count of Monte Cristo
Holiday Destination
Morningside, Auckland
Food
Butter Chicken
Sport Team or Individual
Michael Jones/Muhammad Ali
Hobbies
Guitar/singing
If you weren't a professional rugby player, what would you be?
Fire fighter
What's on the top of your bucket list?
Bungy off the Sky Tower
If you could invite any three people to a dinner party, who would they be and why?
Beyonce, Kim Kardashians, Jennifer Lawrence - just for a buzz
Your biggest fear is
Heights
What's your most embarrassing moment?
When the teacher mispronounced my name
If you could live a day in anyone else's shoes, who would it be?
Vincent Aso
If you could have one super power, what would it be? Why?
Be fast, so I could never get caught

Earliest Rugby Memory
Scoring tries!
Position When Younger
13/15
Most Admired Rugby Player
Michael Jones/Richie McCaw
Most Memorable Rugby Moment
Winning ITM Cup with Taranaki
Worst Rugby Room Mate
Willis Halaholo
Why did you start playing rugby?
It's all I was good at
Best thing about being a professional rugby player
Life
Best piece of advice you have been given (Rugby or Personal)
Just do it
What would you say to someone who one day wanted to be a Hurricane?
If you believe, you will achieve