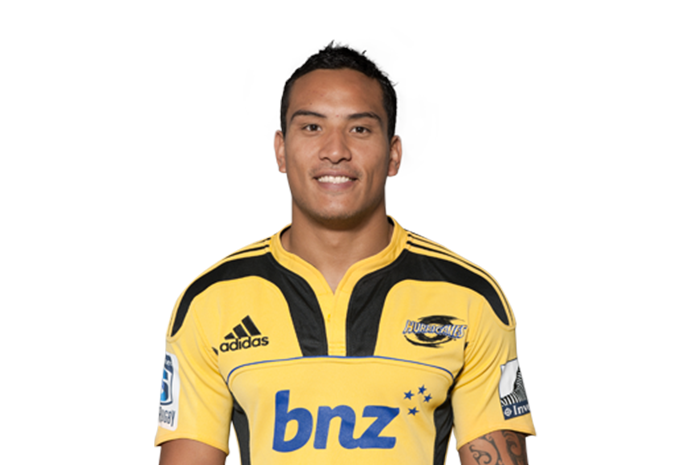 Gear was in scintillating form for the Wellington Lions in the 2008 Air New Zealand Cup, scoring 14 tries in 12 appearances, including two hat-tricks, and breaking the great Bernie Fraser's season try-scoring record set in 1981. This form was too hot to be ignored and he was duly selected for the All Blacks for their 2008 end of season tour, making his Test debut against Australia in Hong Kong.

He scored another 11 tries for the Lions in the 2009 Air New Zealand Cup, including four tries in one game against Counties Manukau - a joint record with Bernie Fraser (in 1978) and Mike Clamp (1984).

The younger brother of All Blacks and Crusaders wing Rico, Hosea is a fast and powerful winger. Gear had made his first class debut for Poverty Bay while still at school at Gisborne Boys High school in 2002, starting on the wing in two NPC Third Division matches against King Country and Horowhenua Kapiti.

The congestion of midfielders meant that Ma'a Nonu played much of the 2005 season on the left wing, limiting Gear's game time. However he still dotted down three times in nine appearances.

He was hindered by hamstring injuries in 2006, managing just five games at the start of the season, but returned for a full season in 2007, starting in 11of 13 matches and scoring three tries. In May 2007, Gear earned another well-deserved call-up to the Maori side to contest the Churchill Cup in England, followed by a full season with the Lions in the 2007 Air New Zealand Cup.

He was firing on all cylinders during the latter stages of the 2008 Super 14, scoring five tries in the competition, including a memorable two tries in two minutes in the Hurricanes' last round match against the Blues. This form saw Gear re-selected for the Maori for their internationals in June 2008, ahead of his magical ANZC with Wellington.

Gear played a limited role in the 2009 Super 14 after suffering a knee injury while playing the Lions in South Africa, forcing him to return home from their overseas tour and ultimately forcing him out of the remainder of the Super 14 season despite regaining fitness at the end. He was named in the Junior All Blacks side for the Pacific Nations Cup in June and early July.

He sustained another knee injury in the 2010 Super 14 season opener against the Blues in Albany, in a game in which he scored the Hurricanes' match winning try with an intercept. This ruled him out for six weeks, but was fire on his return and scored his first Super Rugby hat trick in the Hurricanes' penultimate round win against the Reds.

Gear was re-selected in the New Zealand Maori side in May 2010 for their upcoming centenary series of matches and played a starring role in this series. He scored five tries in three games, including a hat trick against England at Napier and the match winning try against the New Zealand Barbarians in Whangarei, leading to the drums beating loudly by many in the public and media for a recall to the All Blacks.

He made the All Blacks and went on the 2010 end of year tour, where he played in the Test wins against England and Scotland. Not originally in the squad, Gear was a 2011 RWC winner with the All Blacks.

In early December 2010 he won the Supreme Maori Sports Person award for the year.

After playing for the Highlanders and recommitting to New Zealand rugby, Gear was reselected for the All Blacks in 2012, playing in a six Tests.

At the conclusion of the 2013 Super Rugby season, Gear departed for the Toulouse club in France, before announcing his return to New Zealand to play for the Chiefs in 2015.