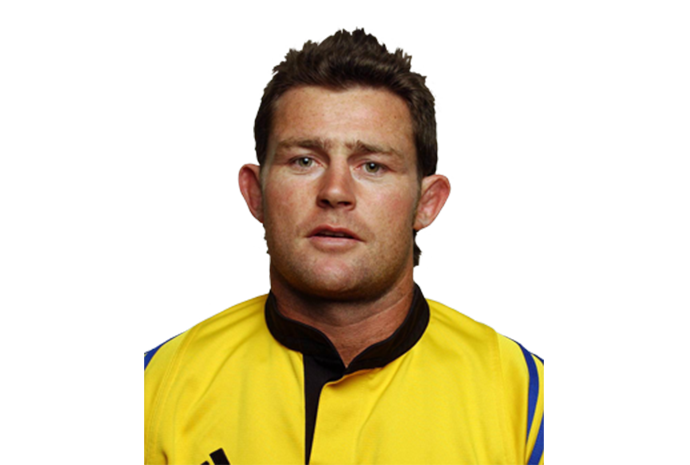 In early 2005 David Holwell gave up an Irish rugby contract to return home to his original rugby roots and his family farm in Northland.

Holwell had left New Zealand in September 2004 for Leinster, where he quickly established himself as one of the premier first five-eighths in European rugby.

Arriving at Leinster he immediately sparked their attack, leading them into the Heineken Cup playoffs.

The plucky first five-eighth had previously given his all for the Hurricanes over seven seasons between 1998-2004, drafted south after scoring a record 283 points in 14 matches for Northland in 1997. He played twice in 1998, scoring 20 points on debut against the Cats. He was called back into the Hurricanes in 2006, where his experience helped the side into their first Super 14 final. When he left again he had become far and away their all-time leading points scorer with 676 points, earning 76 caps along the way.

He gave similar service to the Wellington Lions between 1999-2004. His highlight for the Lions was winning the NPC title in 2000. His career for Northland spanned 1995-1998 and again from 2005. He was drafted into the Blues in the 2007 Super 14, finishing his ninth season of Super rugby out of Eden Park.

Holwell returned to play for Northland in 2007.

He brought up his 100th first-class appearance for Northland against his old province Wellington in the Air New Zealand Cup and finally brought the curtain down on his long and illustrious career at the end of the 2010 ITM Cup.