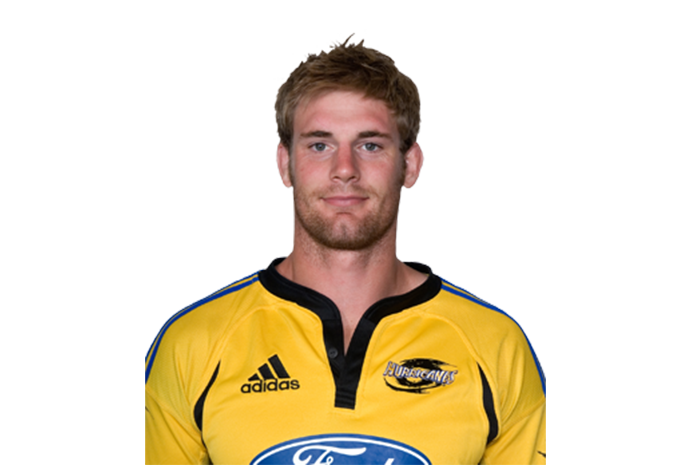 Craig Clarke returned to Hurricanes country early in 2007 when he signed with Taranaki from Canterbury in the Air New Zealand Cup.

The two-metre-tall lock had previously spent three seasons playing in Canterbury, where he played in 2005 and 2006, as well as one season with the Crusaders, earning three caps in 2006.

Born in the Wairarapa, Clarke grew up in Poverty Bay, where he attended Gisborne Boys’ High School alongside winger Hosea Gear and played on Westpac Stadium in Wellington twice as a schoolboy.  Selection in the 2007 Crusaders Wider Training Group only prompted a move to Taranaki, linking up with the Southern rugby club and the Taranaki Air New Zealand Cup side.

Clarke had originally moved to Canterbury as a World Cup winner with the New Zealand U19s in Italy in 2002 and the New Zealand U21s in 2004 in Scotland, on a scholarship to the Canterbury Rugby Union and to Canterbury University to study geology. But study quickly took a back seat as he gained a reputation in the senior ranks as a hard working lock and aerial ball winner.

He became a Crusaders Wider Training Group member in 2005, making his Super 12 debut against the Reds and making his debut for Canterbury later in the season in a Ranfurly Shield match against Marlborough.

Clarke, who had also previously played for the New Zealand Secondary Schools in 2001, was capped 13 times for the Hurricanes in 2008 including seven starts at lock.

He was drafted to the Chiefs for 2009 and was of their most consistent performers en route to the Super 14 final against the Bulls, earning a recall to the Hamilton-based operation for 2010.

Clarke was named Taranaki captain for the 2010 ITM Cup. He returned to the Chiefs and to Taranaki in 2011 and as skipper lifted the Ranfurly Shield on behalf of his team and also led them to third place on the ITM Cup Premiership points table.

He headed off-shore to Connacht in Ireland at the conclusion of the 2013 Super Rugby competition with the Chiefs.