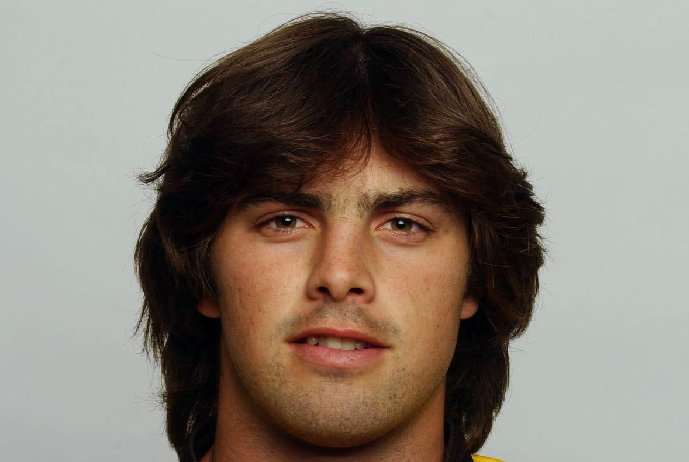 Conrad Smith's sound rugby brain, firm defence and ability to run great lines and spark his backline colleagues means that he leads by example in any side for which he plays.

Smith has followed a long line of excellent centres that over the past 50 years have filled the position in All Blacks sides. Starting with Paul Little in the early to mid 1960s, this group has included Bill Davis, Bruce Robertson, Joe Stanley, Frank Bunce and Tana Umaga.

Clearly, the judgement which is an essential part of a successful centre’s game develops significantly with maturity and experience. Though he came from an eminent Taranaki rugby family, which includes an All Blacks uncle, Alan Smith (All Black 667), and an All Blacks great-uncle, John Walters (All Black 312), Smith was not called up for any age grade rugby sides. Most of Smith’s schoolboy sporting success, indeed, was as a cricketer and long distance runner. Not until he was 21, when playing for the Old Boys-University club in Wellington, did Smith make any sort of representative rugby side.

In that 2003 season he played seven matches for Wellington in the national provincial championship and showed his immense potential when he had a leading role in the side’s remarkable late rally which, with four converted tries in the final 15 minutes, brought a 38-all draw with the then Ranfurly Shield holder Canterbury. Smith scored two of those tries.

He won promotion to the Hurricanes for the 2004 Super 12, but his debut match lasted a mere 10 minutes when he broke his leg putting him out for the Super season. He recovered to return to the Wellington side and some convincing performances won him a place in the All Blacks’ end of the year European tour. The only other national side which Smith had appeared in previously had been a game early in 2004 for New Zealand Universities.

Smith enjoyed instant success in his All Blacks Test debut, scoring after just one minute with his first touch of the ball in the comfortable win over Italy. However, injuries and the competition from other accomplished midfield backs, including Umaga and his Wellington teammate Ma’a Nonu, made Smith mainly an All Blacks fringe player for the next three seasons. By the end of 2007 he had played only 12 Tests, with just two starts at that year’s Rugby World Cup.

His dominance of the All Blacks’ number 13 jersey, and his record-setting midfield partnership at Test level with Nonu, really kicked off in the 2008 season and Smith started in 12 of the All Blacks’ 15 Tests. Since then Smith and Nonu remained the preferred pairing, even when in 2010 and during the 2011 World Cup-winning campaign, Sonny-Bill Williams had become a midfield option.

As a centre Smith stands out with his pace, anticipation, ability to read a game and in marshalling a defensive pattern. He has also displayed solid leadership skills and established himself as the Hurricanes Captain from 2012 onwards.

In 2012 Smith became the All Blacks’ most capped centre in his 56th Test (overtaking Frank Bunce), a record he continued to extend. He is also a prolific tryscorer, a useful complementary skill in a position where the primary function is to create opportunities for others – something Smith does consistently.

In September 2014, Smith and Nonu equalled the record for the most caps together for a midfield combination, matching the 55 caps set by Irish pairing Brian O'Driscoll and Gordon D'Arcy. Fittingly, they did it at their home ground, Westpac Stadium in Wellington, against South Africa.

Smith is a qualified lawyer in New Zealand and he has used his breaks from the game – including injury layoffs – to build up his practice and experience in Wellington. He has also spent time as a “newsreader” on New Zealand Rugby’s popular children’s TV show Small Blacks and become involved with environmental sustainability through Project Litefoot and the LiteClub initiative, which has helped New Zealand rugby clubs to reduce their environmental impact and save thousands of dollars.

In February 2015, Smith announced he was leaving New Zealand rugby in 2016 to take up a two-year contract with French club Pau.