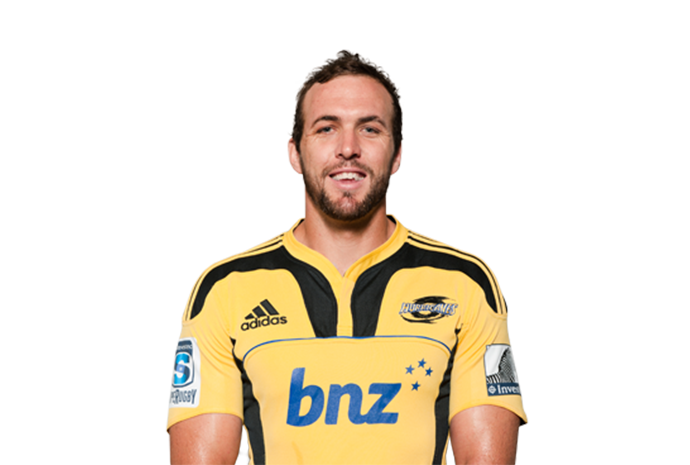 Hawke's Bay lock Bryn Evans joined the Hurricanes for the first time in 2009 following another eye-catching Air New Zealand Cup season. Evans was part of the heart and soul of a spirited Magpies pack that reached the ANZC semi-finals for the second successive year. A mobile unit, Evans' ability to get around the park and his nose of the try line while also impressing at lineout and set-piece time makes him a big asset for any side.

Evans played for the Blues in the 2008 Rebel Sport Super 14 and has previously represented the New Zealand Secondary Schools in 2002 and the New Zealand Divisional XV in 2005. 2009 will be the 25-year old's seventh season of first class season, having made his Hawke's Bay debut in 2003 and notched up his 50th game for the Magpies in 2008.

Evans continued his good form in his rookie Hurricanes season, earning 11 caps including three in the starting XV. This brought him selection in the New Zealand Juniors to play in the Pacific Nations Cup.

He made his All Blacks debut in two home series tests against France in June 2009, before a back injury kept him sidelined for the rest of the international and Air New Zealand Cup season. He bounced back to play in all 13 matches for the Hurricanes in 2010, including eight starts at lock.

He returned to the Hurricanes for his third campaign in 2011 and then played a full season for Hawke's Bay, helping the Magpies win the ITM Cup championship division.

Following the 2011 ITM Cup, Evans headed overseas to link up with London Irish on a two-year deal.