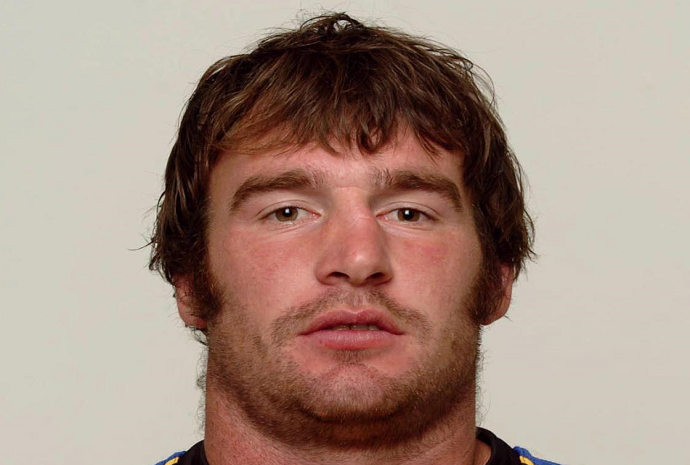 Andrew Hore has overcome stiff competition, injury and occasional controversy to win recognition as one of the All Blacks' longest-serving and most consistent hookers.

Hore showed immense promise in his teenage years, playing for the national under-16s, the national secondary schools and New Zealand Colts. But early in his career Hore, who comes from a long established Central Otago farming family, battled to gain a regular representative position because of the presence in Otago of two other international players, Anton Oliver and Tom Willis. His first Super 12 involvement was as a squad replacement in 2001 with the Crusaders and a transfer to Taranaki later that year enabled him to gain a Hurricanes contract in 2002. With another impressive season he won an All Blacks spot on the end-of-year tour in 2002.

But with players like Oliver, Willis, Mark Hammett, Keven Mealamu and Corey Flynn also in their prime, Hore's opportunities were limited over the next few years. He missed selection entirely in 2003 and in 2004-07 was mainly an All Blacks reserve. Eighteen of his first 25 tests came from the bench.

Hore had a superlative Super 14 season with the Hurricanes in 2008 and was rewarded by becoming at last the All Blacks’ first choice ahead of Mealamu for all that year's domestic and Tri-nations test matches. His performances were such that he won the Kelvin Tremain Memorial Trophy as 2008’s outstanding player. Unfortunately on the end-of-year tour he suffered a broken ankle in the opening game against Australia in Hong Kong.

He was affected again by injury for much of 2010 but for the following four or five seasons he and Mealamu mainly shared the hooking position, each having different but complementary strengths. Hore's value came from his scrummaging power and mauling vigour, which made him a particular close-quarter threat and brought him many tries. He once scored three in a Super 14 match for the Hurricanes against the Chiefs in 2006.

Hore's brushes with controversy have been both off-field and on-field. In 2005 he and two other men were found to have shot a protected seal off the Otago Peninsula, bringing widespread condemnation and a court appearance. He became captain of the Hurricanes but left the franchise at the end of the 2010 Super 15 after a fall-out with new coach Mark Hammett, and on the 2012 tour copped a suspension for a "king hit" on a Welsh forward.

But these apart, Hore has been always regarded highly for his hard-nosed determination and a leadership quality which has seen him captain the Highlanders as well as the Hurricanes and won him the All Blacks' captaincy in the 2011 World Cup match against Canada.

In 2013 Hore again shared the All Blacks number two jersey with Mealamu and also with newcomer Dane Coles. He played in nine of New Zealand’s 14 test matches that season. The curtain came down on Hore’s All Blacks career with an appearance in New Zealand’s thrilling win over Ireland in Dublin.

New Zealand were unbeaten in the last 28 Tests of Hore’s tenure in the All Blacks bettering the previous record of 25 matches unbeaten set by Alan Whetton between 1984 and 1990. Hore restricted himself to club rugby with Maniatoto in 2014 apart from a brief foray in the ITM Cup with Southland.

Profile by Nick Rutherford for the New Zealand Rugby Museum